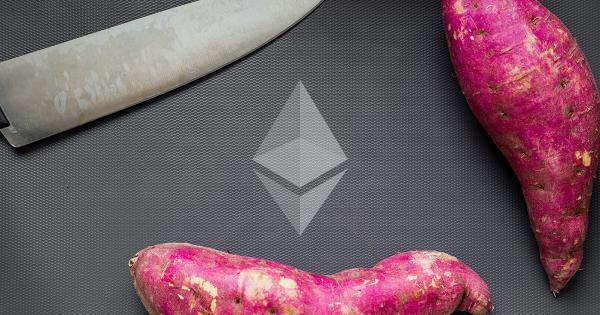 Yam Finance took the DeFi sector by storm last week after locking up over $750 million within a day of launch. Investors were mainly chasing extremely high-yields and “rebasing” on the protocol, said to be a mash-up of Yearn and Ampleforth.

However, the fluctuating supply and promise of a self-governing platform fell short on the first day of rebasing, after a smart contract vulnerability was discovered.

Needless to say, the token prices tumbled from a high of $167 on August 12 to a low of $0.28 on August 16, a 99% drop as per Coingecko data. Investor sentiment similarly saw a hit, and the online Yam community had all but written off the project.

But Yam developers had other plans. Its developers rolled out the ambitious Yam 2.0 offering, promising a new contract, a careful audit of available features, and a meticulous rollout that would allow previous investors (whose funds remained locked in Yam), to cash out and continue to yield farm.

And that seems to have caused investors to pile in over $400 million into Yam, making it the 7th largest by total-value-locked. On-chain analytics firm Messari noted it implied “people still believe there is value in using funds to farm YAMs.”

“People are even buying them on the open market as the price is even up 60% in the last 24-hours,” the firm observed.

However, TVL rebounded and doubled to $400M over the course of a few days.

Yam is still the 7th largest project in DeFi by TVL. pic.twitter.com/mQgtJPhStE

Messari noted the YAM team released a migration plan that outlined a process for redeploying the protocol that includes a 1:1 migration of old tokens to the new ones.

It added that investors who believe there is value in a fully community-owned, rebasing asset with a built-in treasury can capitalize on that belief by partaking in the failed v1 to share in the potential upside of v2.

But the rise in token prices is yet to mean it reflects a fundamental change in Yam, as Messari analyst Jack Purdy noted:

“Whether that upside is driven by the short-term profit of yield-farmers looking to make a quick buck at the expense of others or if this experiment can actually become a useful financial primitive remains to seen.”

Meanwhile, the rise of meme tokens and governing projects like Ham, Spaghetti, Based, and Shrimp shows that the rise of such platforms might just be getting started.