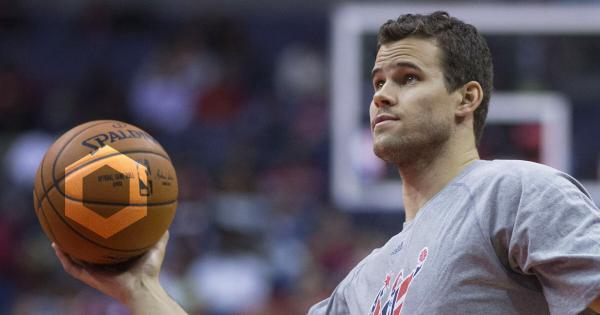 It’s fair to say that Chainlink (LINK) has been a driving narrative in the cryptocurrency market over recent months.

The Ethereum-based asset’s price performance alone has been impressive: per data from CryptoSlate, LINK has gained 74.34 percent in the past month alone and approximately 600 percent from the March capitulation lows.

Behind this surge is an influx of positive fundamentals regarding Chainlink’s core technology, decentralized oracles, which have been adopted by prominent players within and outside of the blockchain space in recent months.

CryptoSlate was lucky enough to recently chat with Kris Humphries, a former NBA player for Utah Jazz, Toronto Raptors, Dallas Mavericks, and other teams, about his thoughts on what’s next for Chainlink.

This interview came after he tweeted that LINK’s recent price performance has been “impressive” and that he thinks Chainlink should be thought of as a long-term play or investment.

Since my first tweet about #ChainLink on Apr 7, 45+ additional partnerships have been announced, reference data increased from 29 to 31, and price increased by 145%. This is a long-term play, still these short-term wins are impressive.#Link #BTC #ETH

What drew Kris Humphries to Chainlink?

Humphries told CryptoSlate that what drove him to advocate for and invest in Chainlink was a combination of two crucial factors:

What’s next for LINK?

In one of his tweets about Chainlink, Humphries remarked that Chainlink is a “long-term play” despite its extremely strong price action over short time frames.

Acknowledging that comment, CryptoSlate asked him about what he sees in the future of Chainlink.

In short, he sees the project as a long-term play due to the important data is for smart contracts and on-chain applications. “[W]e will see more use cases emerge from smart contracts, and Chainlink holds a unique position in the market,” he explained.

As to what exactly he’s excited to see in the long run is “retail/individual staking,” integration with other blockchains such as Cosmos and Polkadot, more price reference feeds, more partnerships, and overall growth in the decentralized finance space.

Chainlink developers recorded the most code “commits” over the past 12 months, according to data on Github.