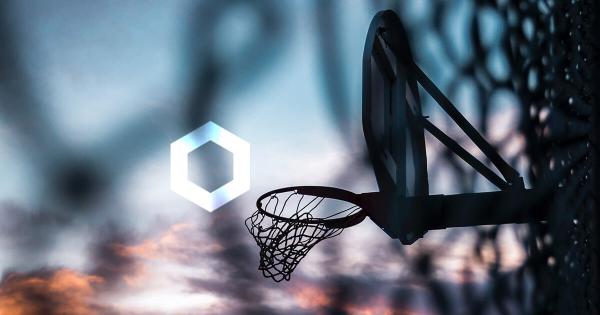 Not only has the leading crypto asset seen exponential price performance, but the technology backing the altcoin has seen strong adoption from prominent firms and startups around the globe.

Chainlink has come so far that there is even a celebrity taking notice: Kris Humphries, a former NBA player that was once married to Kim Kardashian, who herself has taken notice of Bitcoin and crypto in the past.

Chainlink is in vogue, there’s no doubt about that. In the past 30 days, the top cryptocurrency has rallied by just over 40 percent, according to CryptoSlate market data. And since the capitulation lows that were seen in March, LINK has quadrupled.

This hasn’t gone unnoticed, to say the least.

Kris Humphries, a former player for the Dallas Mavericks, Atlanta Hawks, Toronto Raptors, and a handful of other teams, wrote the following on Jul. 9:

“Since my first tweet about #ChainLink on Apr 7, 45+ additional partnerships have been announced, reference data increased from 29 to 31, and price increased by 145%. This is a long-term play, still these short-term wins are impressive.”

Since my first tweet about #ChainLink on Apr 7, 45+ additional partnerships have been announced, reference data increased from 29 to 31, and price increased by 145%. This is a long-term play, still these short-term wins are impressive.#Link #BTC #ETH

His comments suggest that while Chainlink has already grown exponentially both in terms of usage and the market price, it has room to rally over a long course of time.

Humphries commented in April that in a world that “increasingly relies on data,” Chainlink is important, especially as the world transitions to decentralized and blockchain-based systems

Humphries’ optimism about Chainlink, both in terms of its technological and economic impact, might be for good reason.

As CryptoSlate has extensively covered over recent months, Chainlink has seen strong adoption and fundamental developments from around the globe.

Last week, Chainlink revealed it is teaming up with Nexo, a crypto lending giant. The duo is working in collaborating to bolster the adoption of digital assets and blockchain technology. Part of this will see Chainlink’s flagship oracle technology integrated into Nexo’s services.

In a similar vein of news, the China Blockchain Service Network (BSN) has begun to leverage Chainlink oracles. The BSN is a Chinese state-backed blockchain initiative that also involves some of the country’s most prominent banks and technology firms.

Retail users, seemingly, are increasingly using the asset as well.

“LINK is continuing to see sky-high daily active addresses, indicating just how active the network has been. The four highest outputs in network activity over the past year for Chainlink have occurred in the past six days.”