In July, The Wall Street Journal declared Initial Coin Offerings (ICOs) to be the “new road to startup riches.” So far, ICOs certainly have been. 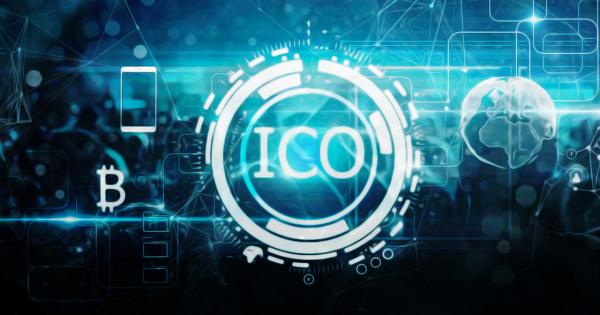 In July, The Wall Street Journal declared Initial Coin Offerings (ICOs) to be the “new road to startup riches.” So far, ICOs certainly have been. In 2017 more than 100 ICOs have raised close to $3 billion, and they’ve almost doubled venture capital contributions during that same period.

An ICO launch is a surprisingly simple process that combines characteristics of crowdfunding endeavors and initial public offerings.  This results in a unique digital currency that can be used on a platform or traded on an exchange. The most popular cryptocurrencies, Bitcoin and Ethereum, were conceived this way, and many other currencies have enjoyed successful launches.

Investors thronged the project eager to embrace the promise of an alternative blockchain to compete with the industry juggernaut Ethereum.

When taking into account current prices of Ethereum and Bitcoin, the total amount of money Tezos raised is closer to $600 million. Unfortunately, there is no end in sight to the infighting and delayed releases on promised benchmarks.

In some ways, the size of Tezos’ launch is unique, but the broken promises and failed expectations certainly are not. Ethereum co-founder, Vitalik Buterin, believes that,

Unfortunately, many people are investing in ICOs with the unbridled belief that they are investing in the next Bitcoin.  That’s a risky proposition. As David Silver, the legal representation for the Tezos class action lawsuit, notes,

“Because there are no uniform rules and nobody to hold accountable…investments are more about faith than about facts.”

Indiegogo Tries to Disrupt the Disruption

Crowdfunding-moguls Indiegogo is trying to help stabilize this promising but problematic trend. On Tuesday, Indiegogo launched a new service that vets ICOs to provide a more valid  basis for investing and proliferating this popular new trend.

“We want to bring a brand of trust to the entire industry, which we think will bring ICOs to the mainstream.”

Rubin may be right. Their first client, the Fan-Controlled Football League, is preparing to launch an ICO with the intention of raising $5 million for the project.

In addition to vetting ICOs, Indiegogo will provide sales platforms where individual and institutional investors can contribute to the projects. In this way, Indiegogo’s ICO initiative isn’t much different from the crowdfunding campaigns that they already host on their platform.

Because ICOs are still in such a legal quagmire, many mainstream companies have stayed away from undertakings like Indiegogo’s project. There is considerable legal uncertainty surrounding ICOs, with no formal precedents nor official rulings on them. It’s a bit of a mess, and Indiegogo is trying to sort it out.

ICOs are difficult to classify, and that has been one of their most debilitating features so far. Many people believe that they are investing in a stock-like investment product that provides some opportunity for future profit-sharing or stake in the company.

Meanwhile, others are exercising their entrepreneurial juices by entering the ground floor of an investment stake. Some investors just want to contribute money to projects that they believe in.

Of course, not all ICOs are predicated upon all of these assumptions. They lack a uniformity and legal classification can be difficult to understand.

That’s where Indiegogo is trying to make the biggest difference. Indiegogo is helping ICOs achieve legal compliance by properly registering as a security. This aligns with the stated priority from the head of the SEC, Jay Clayton, who is calling on ICOs to be registered as securities.

While a security designation significantly restricts investors’ actions, it’s worth the trade-off to achieve a legally compliant platform that is secure and sustainable.

However, not all ICOs need to be classified as securities. Other crypto tokens, known as utility tokens, are intended to serve a particular purpose on a specific platform. By distinguishing between securities and utility tokens, Indiegogo can clarify what exactly investors are spending their money on; thus they can market ICOs effectively.

Moreover, with a total global market cap of more than $500 billion, cryptocurrencies are continually proving to be one of the most interesting financial endeavors of our lifetime.

It’s unclear what effect, if any, this will have on the ICO market. Although 2017 has been a massive boon for ICOs, some degree of market correction or maturation is inevitable. Regardless, a more transparent and verifiable ICO process is good for all investors looking to make informed decisions about the projects that support the investments they make.