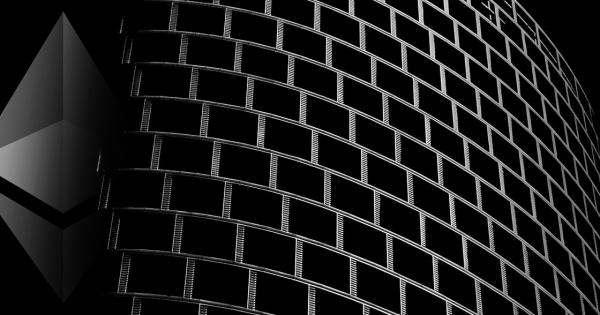 The popularity of cryptocurrencies has helped people everywhere wrap their heads around the idea of owning stuff in the digital space. But, owning other forms of digital assets is harder to embed in the public consciousness.

Even established game studios, which are brilliantly positioned to profit from the trade of digital assets between their customers, can find it difficult to work out exactly how digital assets can assume value, become collectible, and be transferred between parties.

Part of the reason for this delay is the complexity of the tools which facilitate digital asset ownership.

Enter ERC-1155, a new type of token standard built on the Ethereum blockchain that can facilitate the ownership of both fungible and nonfungible assets. ERC-1155 is being explored by a number of gaming developers and is expected to lead a revolution in digital asset ownership—in the gaming industry and beyond.

First, let’s examine some basics of digital asset ownership and the difference between fungible and nonfungible tokens.

Everyone can instinctively work out why antiques have a particular value. Maybe a silver goblet was owned by an emperor, or a clock was designed in the 17th century by a famous clockmaker. These items have value because of the unique stories attached to them. Two swords might look the same, but one might have belonged to a samurai, while the other is a replica. In this case, the sword with the more unique and interesting story is worth more.

This notion of the value of “uniqueness” is relevant to the discussion of fungible and nonfungible tokens. Fungible tokens are non-unique and interchangeable, such as Bitcoin or Ether. If you swap a Bitcoin token for another you’d still have one Bitcoin. They are exchangeable, just like grains of rice or coins, for example. We don’t care about the individuality of these items, we just care about what they’re worth to us.

A nonfungible token is a unique token that represents a unique asset. One of the best examples of a nonfungible digital asset is a CryptoKitty. CryptoKitties are unique, digital cartoon cats, each with their own individual combination of colors, looks, and characteristics. They can be bought, sold, and swapped on the blockchain. Just like antiques, each cat has their own story. Now, thanks to the Ethereum blockchain, it’s not necessary to carefully examine each cat and verify its unique story. Instead, the blockchain can verify its identity, uniqueness, and ownership.

The exciting news for the video game industry is the already existing appetite for owning digital items—whether fungible or nonfungible. Think of typical multiplayer battle games. They have fungible items available in bulk, such as stim packs, health kits, or ammo. There is also a desire for unique nonfungible items, such as a particular wizard’s magic wand.

This demand presents a huge opportunity for game developers. The problem? They don’t generally have blockchain expertise, or the resources to issue tokens to kickstart a trade in digital assets among their community.

ERC-1155 combines the benefits of both, allowing the incorporation and issuance of both fungible and nonfungible assets–for example, thousands of different types of items for a particular game. Each item may either have a unique index and be nonfungible, or, it may be fully fungible with the other collectibles on the platform.

An even more exciting benefit of ERC-1155 is the simplicity and speed it offers, especially when compared to ERC-20 and ERC-721 tokens. The biggest problem with existing token designs is the fact they require the deployment of a separate contract on the blockchain for each and every item type. And, they require the developer to build and deploy a full smart contract. These contracts usually contain nearly identical code–with small tweaks to the token name or number.

Every single distributed node on a blockchain (in other words, every computer around the world that stores blockchain information) needs to keep each token’s code and interface alive indefinitely. This is a huge waste of data and state size. It’s one of the reasons the popularity of CryptoKitties nearly brought the Ethereum blockchain to a standstill in 2017.

Existing token designs require a multi-step process to exchange one kind of token for another, without an intermediary. Four transactions are required to swap two tokens. Because ERC-20 and ERC-271 tokens are siloed in separate contracts, every additional token type added to the trade needs an additional approval step.

A blockchain game with 100,000 assets for trade would cost a fortune to create. The more capacity that is used on Ethereum, the greater the cost, and the more difficult it becomes to manage such a large number of assets.

ERC-1155 takes a new approach. Digital assets can be stored in a single ERC-1155 contract with the minimum possible amount of data needed to distinguish the token from others. With ERC-1155, you can send any number of assets to one or many recipients in a single transaction. This reduces gas and congestion on the Ethereum transaction pool and ultimately saves users money.

The team here at Enjin can’t wait to see the creative-use cases that the cryptocurrency community invents for this technology.

Founded in 2009 and based in Singapore, Enjin is an information technology company with multiple products. Enjin Network, Enjin Wallet, EnjinX, Efinity and Enjin Coin (ENJ).