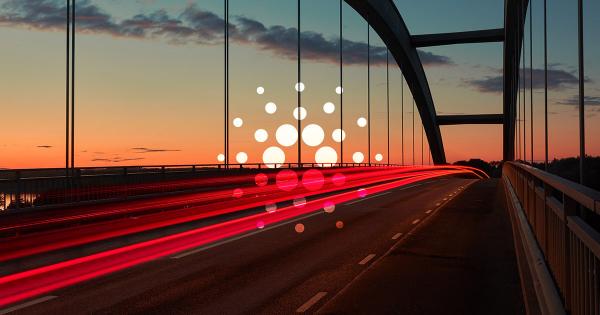 It seems that the crypto bull run may be returning as Bitcoin, Ethereum, and altcoins mount a strong recovery from their lows.

BTC is currently in the midst of pushing $17,700 as of this article’s writing, which is a key resistance level that bulls should hope to hold. ETH is pushing past key resistances as well, moving to $540.

Some altcoins are doing even better, though. According to CryptoSlate market data, Cardano (ADA) is up 22 percent in the past 24 hours and is up 27 percent on the week. This is a much better performance than that of other coins: BTC is down six percent on the week while ETH has only gained 0.5 percent.

ADA is the best-performing crypto asset in the top 100. Other good performers include Horizen (ZEN), Numeraire (NMR), Dash (DASH), XRP, and Verge (XVG). Interestingly, these are all coins that performed extremely well during 2017’s bull market, with many seeing these as a sign that retail participants have returned.

Why is ADA surging?

ADA’s breakout seems to be one based on technical trends.

After the correction earlier this week, the cryptocurrency began forming a crucial bottoming pattern that took it from the $0.14 level to $0.16. This marked a bullish breakout past a key resistance level.

Against Bitcoin, ADA appears to have little resistance, with one trader eyeing a move of another 50 percent.

Assuming Bitcoin does not budge, ADA could move as high as $0.24, the trader is suggesting.

As aforementioned, Cardano’s native coin is also likely benefiting from a return of certain market participants that are acclimated with bidding up a certain group of coins.

“With the integration of smart contracts, the Goguen era represents a big step forwards in capability for the Cardano network. Where the Shelley era decentralizes the core of the system, Goguen adds the ability to build decentralized applications (DApps) on Cardano’s solid foundation of peer-reviewed research and high-assurance development,” the Cardano Foundation website reads.

In the update, the developers mentioned the introduction of native Cardano tokens, an ERC-20 converter to swap coins from Ethereum to Cardano, and other smart contract functionality that should enable a budding system of decentralized applications.

Smart contracts will give Cardano the ability to begin to take some of Ethereum’s market share in decentralized finance, assuming it can convince users to move to Cardano as their home chain.

Hoskinson, for one, is bullish on Cardano. he wrote in the summer that he thinks the Cardano network will host thousands of DApps in 2021:

“This time next year I predict there will be hundreds of assets running on Cardano, thousands of DApps, tons of interesting projects and lots of unique use and utility. 2021 is going to be so much fun watching Cardano grow and evolve. The community is definitely ready to innovate.”

With a week left before the official November product update, Charles Hoskinson, the CEO of IOHK, took to YouTube to share a brief glimpse of what’s been accomplished at Cardano this month.

IOHK, the company behind Cardano, has introduced Smash—a new metadata framework that will act as a better and more accurate source of stake pool information.

During the latest Litening Series webinar, the heads of the Litecoin Foundation explored the idea of introducing interoperability between Cardano and Litecoin.