Calling Cardano an “Ethereum killer” means overlooking most of the blockchain’s goals and accomplishments. 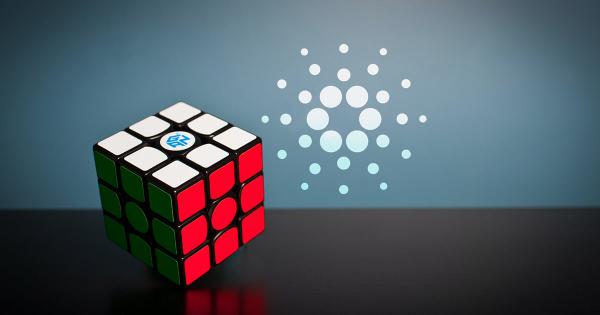 Calling Cardano an “Ethereum killer” means overlooking most of the blockchain’s goals and accomplishments. Speaking on the CryptoBanter podcast, Charles Hoskinson, the CEO of IOHK, said that Cardano was built with an unparalleled level of foresight and is on its way to solve some of the biggest problems the industry faces today—the movement of value and information across blockchains.

Unlike Ethereum 2.0, Cardano’s Shelley has been five years in the making

The launch of Ethereum’s second iteration, Eth 2.0, has put the eyes of the entire crypto industry on staking. However, while the hype around Ethereum’s long-awaited foray into proof-of-stake isn’t unwarranted, another major blockchain has beat Ethereum in the race towards decentralization—Cardano.

The launch of its Shelley era in July this year marked the beginning of Cardano’s journey towards complete decentralization. It led Cardano from a static and federated to a dynamic and decentralized system and laid the foundation necessary to launch all of Cardano’s upcoming phases—Goguen, Voltaire, and Basho. However, the most important thing Shelley did for Cardano is to introduce the Hard Fork Combinator (HFC), providing the blockchain with an advanced governance system that will essentially make hard forks obsolete.

But, IOHK, the company behind Cardano, hasn’t stopped working on the blockchain, handling multiple work streams in parallel month after month. The company’s November product update will be the richest showcase of its achievement yet, with the company’s founder and CEO Charles Hoskinson saying that the Cardano community will be pleasantly surprised with some of the news they might hear.

Hoskinson recently spoke on the Crypto Banter podcast, sharing his thoughts on the progress Ethereum made and comparing Cardano’s recent success with Ethereum 2.0. When asked how he feels knowing that Cardano beat Ethereum to market when it comes to staking, Hoskinson said that it was always satisfying to see the underdog win.

“It’s like having AMD beat Intel to market,” he said.

However, he noted that the fact that Cardano got somewhere first isn’t all that important. What is important is the fact that it is currently negotiating around 110 different commercial deals, most of which are set to utilize Cardano in the years to come.

That rate of commercial adoption wouldn’t be possible without the insane scalability Cardano promises. Unlike Ethereum, which had to change its engine mid-race, Cardano was created with an unparalleled level of foresight. Hoskinson said that the fact that Cardano can now do what Ethereum aspires to achieve in the next three years is a result of years of preparation. The company spent five years in deep research and development to create a blockchain that will increase efficiency and decentralization as the price of its underlying asset grows. Work on Shelley, despite making the biggest mark in 2020, began all the way back in 2016 in the academic realm, taking almost four years to become stable enough to see the light of day.

This year has been incredibly important for Cardano, as it marked the first time the software more than 100 people were working on for the past five years were turned on. Next year, Hoskinson said, will be even bigger for the blockchain, as all of its functionalities will be turned on.

Then, with a throughput that could handle a million transactions per second and governance as decentralized as it can get, it can begin its reign as the king of global blockchain infrastructure.

Cardano is planned for a future with billions of users

All of the work put into Cardano was done with an assumption that the network could, at one point in the future, see billions of users.

Hoskinson noted that while there are still functionality that needed to be introduced to Cardano, there’s nothing Ethereum will be able to do that Cardano can’t do right now. This, he added, includes having a full governance system in place alongside sharding.

Cardano’s ability to handle a high throughput while staying decentralized isn’t a result of venture capital money being poured into the platform’s development. Hoskinson explained that this was done just by asking the right questions at the right time, in this case, it is asking what happens with the network when it gets millions or billions of users.

The choices they had were simple—either be like Bitcoin and essentially never evolve or create a system that allows billions of people to participate in effective governance.

“We have a strategy of how we can get to a hundred million or a billion users and still be as nimble and agile as we were at the beginning of the project,” Hoskinson said in the podcast.

All of this was more than enough to attract a very big, but close-knit community to Cardano. The community was also quick to adopt staking, with Hoskinson estimating that between 50 and 60 percent of ADA’s circulating supply was currently staked at the network’s 1,200 registered pools. The only blockchain with a higher stake rate is Polkadot, with most of the circulating supply staked, but Hoskinson noted that he expects Cardano to match that next year. The thing that will make staking on Cardano more attractive to users is the fact that there’s no minimum for staking and their tokens won’t be locked for any period of time.

The price to pay for this kind of democracy is, of course, profit.

Providing returns ranging from 5 to 8 percent, Cardano most likely won’t be attractive to the high-risk crowd in the DeFi space. Hoskinson said that low rewards were “the reality,” as most people would rather get a 5 percent return for 10 years on a coin that’s in the top ten globally in terms of market cap, than get 25 percent from a low ranking coin that has a high chance of disappearing within a year.

The goal isn’t to steal off projects from Ethereum, but offer an alternative

Part of Cardano’s long-term strategy has always been to create a way that enables projects to easily migrate from other chains. The first blockchain it set its sights on is, understandably, Ethereum, which it targeted with the launch of the ERC-20 token converter.

Enabling projects to migrate to Cardano wasn’t an easy road, but it was a rather straightforward one. Hoskinson said that the company needed to solve two problems—code migration and infrastructure migration.

To do that, they built a specific platform that not only enables projects to reissue their tokens on Cardano, but also gives them the ability to choose how to do it. Token issuers currently living on Ethereum can decide whether they want to do an airdrop on Cardano, a token burn on Ethereum with the ability to redeem the tokens on the other network, or do a 1:1 peg of their token to ADA and enable their users to move them between the two networks.

Giving token issuers the ability to have their coins exist on two or more networks at the same time is a great thing for monetary policy, Hoskinson said.

DeFi projects aren’t known for being infrastructure loyal, he went on to explain, with the biggest reason behind their deployment on Ethereum being the size of its community and the widely available infrastructure. At IOHK, they believe that the primary operating chain for most DeFi projects will be the one with the lowest operating cost. And that is something that Cardano can compete with, as it will be one of the few platforms that offers transparent operating costs upfront.

Hoskinson expects that projects will continue to launch on Ethereum, though, but added that in the long-term, more of them will be migrating to Cardano. Most token issuers will still want to use Ethereum to benefit from its network effect, but then choose to migrate to a cheaper and more efficient chain once they grow to a certain point. The low migration curve offered by Cardano, alongside the help they’d be getting from the company are the focal points of the upcoming ERC-20 converter. However, Hoskinson doesn’t want Cardano to become a closed-off ecosystem. He said that it would be a bad deal to do vendor locking and prevent projects from accessing the benefits of other networks, which is why a lot of resources are currently being put into supporting cross-chain interoperability.