Despite the bullish impulse seen across the entire market since mid-December 2018, XRP has been making lower lows without showing any signs of prompt recovery. 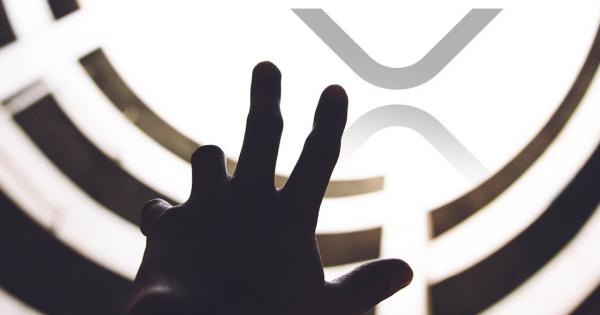 Despite the bullish impulse seen across the entire market since mid-December 2018, XRP has been making lower lows without showing any signs of prompt recovery. In fact, while Bitcoin is up 230 percent from the low of December 2018, this cryptocurrency is down 5 percent.

Some of the most prominent analysts are placing the blame on Ripple, the company behind XRP, while others believe that it is the regulatory uncertainty that surrounds it. Although Ripple’s array of partners keeps expanding, the XRP coin continues lurching.

Ripple is a U.S. based technology company and payment service provider that owns approximately 75 percent of the 100 billion XRP tokens in existence, according to Coin Metrics. In its latest quarterly report, Ripple revealed a substantial increase in XRP sales. In total, the company sold $251.51 million in XRP during Q2 2019. This represents a 48 percent increase from the previous quarter where it sold $169.42 million worth of XRP.

Although the firm plans to take a more conservative approach to XRP sales in Q3 2019, there are still billions and billions of tokens to be sold. Co-founder Jed McCaleb, who is no longer at Ripple, alone sells half a million XRP on a daily basis, according to Coin Metrics. Meanwhile, Ripple’s CTO David Schwartz sold 2.8 million XRP worth roughly $810,000 since the beginning of 2019.

“Ripple keeps selling because it is a major source of revenue for them. I don’t expect them to stop selling any time soon. If someone gave you a printing press that spits out hundreds of millions of dollars a quarter, would you stop using it?”

The steady exponential increase in sales seen since 2018 could have a direct impact on the selling pressure behind this cryptocurrency, according to Kyle Samani, co-founder of Multicoin Capital. As a matter of fact, XRP is the only cryptocurrency from the top-5 that recently hit a lower low of $0.237, which is a price level that had only been seen prior to the 2017 bull market.

Investors also worry about the new complaint filed against Ripple on Aug. 5, 2019. The filing argues that the firm’s tokens are unregistered securities under the U.S. Security and Exchange Commission’s framework and it is the latest update to a lawsuit that was filed over a year ago.

In addition, the new complaint claims that Ripple broke a number of laws in the state of California by reportedly “blurring differences between Ripple’s enterprise solutions and XRP to further drive demand,” and “paying exchanges to list XRP, limiting the supply of XRP to drive demand.”

As the plaintiffs demand XRP to be recognized as a security and compensation for incurred costs, Ripple sent an open letter to Congress where they asked not to be “painted with a broad brush.”

“We are responsible to U.S. and international law. We are responsible to serving the greater good… We don’t take for granted the vital role of central banks in issuing currencies and setting monetary policy in concert with the complex dynamics of economies around the world,” reads the letter.

Ripple urged the U.S. government to differentiate the companies that are actually trying to bring innovation into the financial system from those that act in bad faith. The firm also asked for regulatory clarity and the classification of digital currencies in a way that recognizes their fundamental differences.

The payment service provider has until Sept. 19 to respond to the new filing, but in the meantime, the SEC is ramping up its efforts to combat fraud in the cryptocurrency industry.

The regulatory agency took legal actions against Veritaseum last week after a complaint was filed against its CEO for conducting an unregistered token sale. The VERI token plunged nearly 60 percent within minutes after the news broke out. This could be taken as an example of the damage that such news could pose for XRP and the impact that it could have on its price.

Even though the regulatory uncertainty persists since the SEC has yet to address the concerns surrounding XRP, the Ripple company continues expanding.

The distributed ledger startup recently announced the addition of Xendpay, an UK-based remittance firm, to its pool of clients for its global settlements platform, RippleNet. The partnership will allow Xendpay to target new markets like the Philippines, Vietnam, and Indonesia and support currencies that were inaccessible in the past.

“Previously we had to create a whole business case for each partner,” explained Bhavin Vaghela, Xendpay’s Head of Product Innovation. “RippleNet reduces that complication and friction. There’s a built-in trust factor, which allows us to get to market quicker. We were unable to offer currencies like Malaysian Ringgit or Bangladeshi Taka before. Now that it’s easier to connect with local partners, we can provide our clients with more local currencies and, therefore, see new growth in those corridors.”

Moreover, Ripple became MoneyGram’s key partner for cross-border payment and foreign exchange settlement in June. The two-year contract will enable MoneyGram to send money from one currency and get it instantly settled in the destination’s currency with the help of xRapid.

“As the payments industry evolves and matures, it’s imperative that we continue to improve our platform and provide the most effective solution to get funds from point A to point B. Through Ripple’s xRapid product, we will have the ability to instantly settle funds from US dollars to destination currencies on a 24/7 basis, which has the potential to revolutionize our operations and dramatically streamline our global liquidity management.”

Despite the solid progress that Ripple has been making to broaden the adoption of its technology across the world, the price of XRP continues limping.

Fundamentally, the amount of tokens that are being added into the market is increasing the circulating supply while demand for XRP appears to be fading away. In fact, XRP’s $1 billion daily volume represents less than 1/16th of Bitcoin and 1/6th of Ethereum. As liquidity continues decreasing, the higher the impact that a steadily increasing supply of tokens will have on its price.

In addition, the regulatory uncertainty around Ripple appears to be keeping investors away. Since a new complaint was filed to categorize XRP as a security, it remains to be seen whether the SEC will rule in its favor or against it. Ripple is not new to legal issues as in May 2015 the Financial Crimes Enforcement Network (FinCEN) fined the firm $700,000 for failure to comply with anti-money laundering regulations.

“Ripple Labs willfully violated several requirements of the Bank Secrecy Act (BSA) by acting as a money services business (MSB) and selling its virtual currency, known as XRP, without registering with FinCEN, and by failing to implement and maintain an adequate anti-money laundering (AML) program designed to protect its products from use by money launderers or terrorist financiers,” according to FinCEN.

Technically, the future of the XRP price does not look bright. If the selling pressure continues, the $0.24 support level where XRP has been hovering may not be able to continue holding. As a result, this cryptocurrency could be bound for another drop that takes its market valuation to around $0.021, as stated by 40-year trading veteran Peter Brandt. Such a retracement will represent a 90 percent decline from current levels.

Will Ripple be able to manipulate the market to keep $XRP above .2400? A serious breakdown at this level, and .020725 is in the cards. pic.twitter.com/QAyfMcwaZd

Only time will tell if the price of XRP can recover. Of course, Ripple’s partnerships, future adoption, and pending lawsuits will certainly play a major role in whichever direction it goes.