Ripple and its associated cryptocurrency XRP are often conflated. 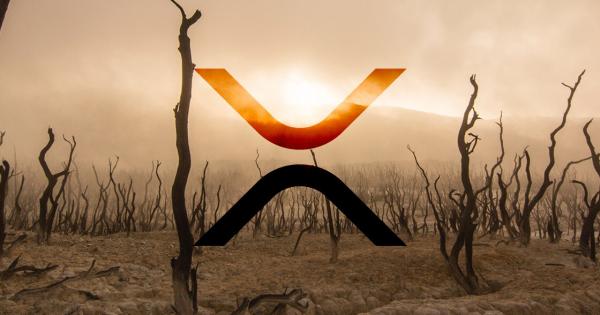 Ripple and its associated cryptocurrency XRP are often conflated. Yet, partnerships announcements and updates from Ripple, even when unrelated to the token, impact the price. We interviewed a Ripple employee to better understand the relationship between the price of the token and the success of the company.

Major news from Ripple seems to have a direct impact on XRP’s price. Ripple’s partnership with MoneyGram sent the price up 6.28 percent after the news. Yet, the relationship between token demand and Ripple’s institutional payment products remains unclear.

CryptoSlate reached out to an employee at Ripple for clarity on the matter. The source was only willing to speak contingent on anonymity due to reprisal risks.

“Yeah, new partnerships and announcements from Ripple do seem to increase the price of XRP. The company holds that it is separate from XRP, and it is.”

“But it’s odd people confuse partnerships and progress from Ripple with reasons XRP should go up in price. Most of the time those two things aren’t related, in my opinion, observed the source. “Most things that happen at Ripple have no impact on XRP.”

Background on the XRP token

XRP was created in January of 2013 by Chris Larsen, Jed McCaleb, and Arthur Brito. Larsen and McCaleb would go on to found Ripple.

Overall, XRP is deflationary. The supply of XRP is fixed while the overall supply diminishes via minimum account reserves and transaction fees. The circulating supply of XRP is inflationary because of Ripple’s regular sale of tokens from its reserve onto the open market. Ripple’s reserves currently sit around 55 billion XRP.

XRP’s technical purpose is for use in the RippleNet payment technology as a source of liquidity. Ripple’s XRP-powered liquidity solution on RippleNet is called xRapid.

“XRP is not looking to replace Bitcoin. The main purpose of XRP is facilitating xRapid and international transfers. XRP is not supposed to be a decentralized store-of-value like Bitcoin. XRP was created for liquidation.”

“XRP has two purposes, providing liquidity for xRapid and funding growth for Ripple. XRP and Ripple as a company are otherwise completely separate,” continued the source.

There are 180 global currencies and 16,110 possible currency pairs. Without an intermediary many of these pairs would be thinly-traded with volume and liquidity that would make exchange impractical. For example, obscure pairs such as the Saudi riyal (SAR) against the Mexican peso (MXN). In the context of the Forex market, liquidity is a currency pair’s ability to be bought and sold without causing significant change in its exchange rate.

Currently, the U.S. dollar functions as the predominant currency pair for purposes of liquidity. It is more cost-effective for most currency pairs to first trade into dollars before converting to a target currency.

In the above example, the Saudi riyal would first trade into the U.S. dollar before converting to Mexican pesos:

Or expressed as trading pairs:

Let’s take a look at Ripple’s claims around xRapid:

Nostro accounts are institutional accounts held at a foreign bank by a domestic bank denominated in the foreign currency.

The argument for using XRP

The argument: Nostro accounts tie up a lot of cash. If obscure currency pairs had more liquidity banks wouldn’t need to hold as much cash in foreign currency in Nostro accounts. xRapid makes these pairs more liquid by using XRP (instead of USD), alongside Ripple’s proprietary technology stack, as the intermediary.

However, by using XRP as an intermediary it also introduces several points of friction.

“For those customers who choose it, on-demand liquidity using digital assets eliminates the need to pre-fund foreign accounts. To enable this, the originating currency is converted to XRP on a domestic digital asset exchange, sent across the XRP Ledger, and then converted back to fiat at an exchange in the destination country—all in an instant.”

Now, the example transaction would look like this: SAR→XRP→MXN.

This raises questions because in the second scenario, the XRP transfer is contingent on the cooperation of low-cost domestic digital asset exchanges in both countries with sufficient liquidity in the respective currencies. For such uncommon pairs it’s unlikely these markets are sufficiently developed to facilitate low-cost exchanges. Furthermore the spread between the bid and the ask price on these thin markets pose a real and substantial cost for transactions of any size.

Although trading volume and liquidity are not equivalent, genuine trading volume is highly correlated with liquidity in the cryptocurrency market. As asserted by Investopedia, “Higher trade volumes for a specified security mean higher liquidity, better order execution and a more active market for connecting a buyer and seller.”

Currently, it’s questionable whether there is sufficient volume in most currency pairs for XRP to be useful as a bridge currency.

Within the last 24-hours, HitBTC’s XRP/BTC posted the highest trading volume at $74 million. BW.com’s XRP/USDT posted $66.7 million. The largest XRP to fiat pairs was with the Chinese yuan, with Fatbtc’s XRP/CNY posting $42.0 million in 24-hour volume. There is evidence of wash trading on the three exchanges previously mentioned so these figures should be treated as an upper bound.

In contrast, Forex trades approximately $5 trillion in volume, 25-times that of global equities. Although the foreign exchange is largely an over-the-counter market, meaning reliable trading volume is not available to retail investors, USD fiat pairs are likely to have more liquidity than their XRP counterparts.

Traders who do at least $1.8 billion in 30-day trading volume on Binance can get maker fees as low as 0.015 percent, or 1.5 basis points. Volumes below $1.8 billion are still paid at the higher fee rates. A successful exchange using XRP requires two transactions, meaning the absolute minimum exchange fees are approximately 3 basis points.

It’s reasonable to assume that RippleNet is faster than other incumbent bank messaging and settlement systems (such as the 40+ year old technology SWIFT). However, banks are not required to use XRP to reap these benefits. The main reason to use XRP is for sourcing cheaper liquidity.

Yet, based on the observations above, it’s inconclusive—but doubtful—that sourcing liquidity via xRapid is cheaper than USD-based alternatives. Nonetheless, this may not matter because Ripple is spending huge sums of money to get platforms to adopt XRP, likely for its positive impact on token price based on retail investor perception.

CryptoSlate reached out to Ripple for additional data and clarity on the economics behind sourcing liquidity via XRP and has yet to receive a response.

According to Ripple, three out of the top five money transfer agencies in the world have expressed interest in using XRP as a liquidity solution by the end of 2018. Western Union and MoneyGram have already started pilot projects for xRapid.

Another interesting relationship is xRapid’s impact on XRP scarcity. Banks are not incented to hold XRP for using xRapid. Even if banks begin adopting xRapid in mass it may not have an impact on the token’s price (via bank driven demand).

“Financial institutions who use xRapid don’t need to hold XRP for an extended period of time. What’s more, XRP settles in three to five seconds, which means financial institutions are exposed to limited volatility during the course of the transaction [emphasis added],” according to the XRP FAQ.

Consequently, the widespread adoption of xRapid may not have a direct impact on the price.

Nevertheless, as the largest holder of XRP, Ripple is incented to enter into partnerships and subsidize the use of the token by banks so long as purchasers continue to believe that these activities will positively impact XRP’s price.

After the recent drop is Ethereum, XRP and Litecoin due for a rebound?