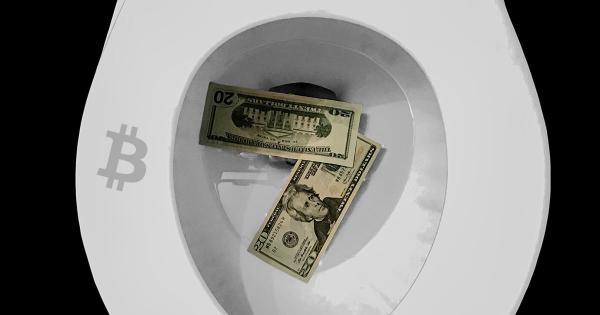 The actions taken by central banks across the globe – but especially those by the U.S. Federal Reserve – have seemingly vindicated cryptocurrency enthusiasts, proving the importance of having scarce decentralized digital assets.

One prominent investor and economic historian is now noting that he believes the world will soon place a heightened focus on three specific assets – including Bitcoin – as the likelihood of the U.S. seeing negative interest rates grows increasingly likely.

Prominent investor and Bitcoin advocate Raoul Pal explained in a recent tweet thread that the “deflationary wave” that the global economy is currently experiencing is one of the largest in modern history, making that chances of a negative Consumer Price Index (CPI) turning negative incredibly high.

He notes that a failure for the Fed to turn rates negative could lead monetary conditions to tighten into a crisis, making it a potentially imminent event.

Pal explains that an analysis of the Fed Fund suggests FF rates could dive as low as 2% in the near-term, while 10-year bonds could also flip negative as well.

“When I look at Fed Fund, it suggests that trend FF rates could go as low as -2%… And 10 year bonds would get to negative rates too…”

Here’s why negative rates could be great for Bitcoin

The implications of negative interest rates could be dire, as it will “nuke the pension system” while also destroying the value of money.

This could prove to be positive for three assets in specific, including Bitcoin, Gold, and the US Dollar – as central banks besides the Fed will likely be forced to take even more extreme measures, thus making USD the strongest currency. Raoul Pal elaborated:

“Dollars, Gold and Bitcoin make the most sense. Later, much later, just gold and bitcoin. This is an 18 month to 36 month view. Expect many counter-trend moves along the way. We will have to navigate those. Good luck.”

Unless the rapidly growing Coronavirus pandemic concludes sooner than the world anticipates it to, it is highly probable that it will continue ravaging the global economy, and traditional investors may have to begin turning to decentralized assets like Bitcoin in order to preserve their capital.