The Army has said it is going to conduct a full investigation into the hack. 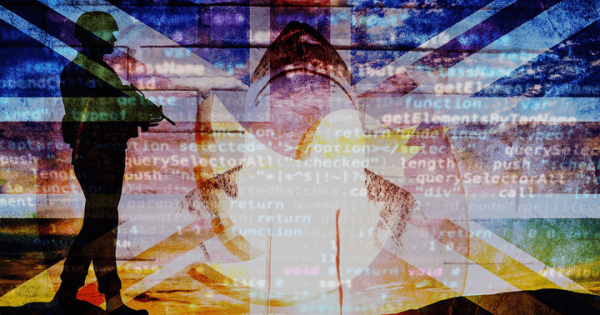 Hackers breached the Twitter and YouTube pages of the British Army on June 3 and made several tweets promoting non-fungible tokens (NFTs) and cryptocurrencies.

The British Army confirmed the hack.

The attackers initially changed the name of the Twitter account to “BAPESCLAN” and added an NFT avatar of a cartoon in makeup to the profile picture.

#1 metavesto clan on the ETH chain with multi-billion dollar experience. Powered by @chaintchlabs.

Additionally, the hacker took control of the British Army’s YouTube page, changing the name to “Ark Invest.” The hacker then posted a video of Elon Musk talking about cryptocurrency.

Ark Invest is a global investment firm focused on tech stocks and crypto. However, it is unlikely that the attack is connected to the firm.

British Army has regained control of the platforms

The British Army has regained control of the accounts, tweeting that it would investigate the breach.

Apologies for the temporary interruption to our feed. We will conduct a full investigation and learn from this incident. Thanks for following us and normal service will now resume.

The British Ministry of Defence also tweeted in solidarity with the British Army, saying that further information would be provided when the investigation is completed.

The breach of the Army’s Twitter and YouTube accounts that occurred earlier today has been resolved and an investigation is underway.

The Army takes information security extremely seriously and until their investigation is complete it would be inappropriate to comment further.

As of press time, the hacker’s identity remains unknown.

Some social media users criticized the Army for what they consider a lack of preparedness on the part of the military for such situations.

The Chair of the House of Commons, MP Tobias Ellwood, said the hack is a serious issue and advised the Army to share the results of its investigation and actions.

I hope the results of the investigation and actions taken will be shared appropriately. https://t.co/NTqdZScOtu

The hack is not the first time the social media account of a famous individual or body has been hacked.

In 2020, 17-year-old Graham Clark hacked the Twitter accounts of people like Bill Gates and President Joe Biden to scam people of their Bitcoin.

Earlier in 2022, the accounts of several journalists were compromised to promote crypto scams.

Recently, Yuga Labs‘ co-founder was forced to warn users about the possibility of a hack on the firm’s Twitter account and other social media platforms.