HACD is a first of its kind PoW NFT with the goal of becoming a store of value that will exceed Bitcoin. 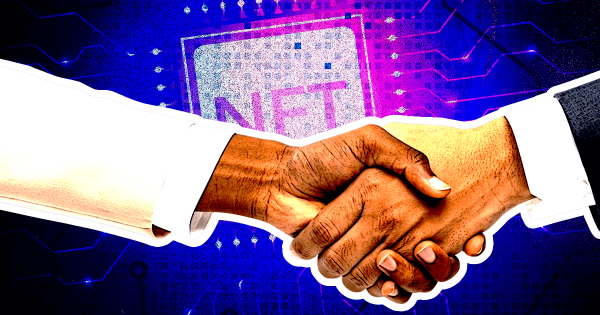 Hacash Diamonds (HACD) and Neo blockchain have announced a partnership to promote proof of work consensus in non-fungible tokens.

HACD is a first of its kind PoW NFT with the goal of becoming a store of value that will exceed Bitcoin.

This partnership makes HACD the first project to join the Neo Global Development (NGD) EcoBoost program this year. Through the program, HACD will get the support it needs in the form of grants and other opportunities to promote its novel NFT concept.

While the NFT scene has grown significantly in popularity in the last two years, PoW NFTs remain a niche area.

HACD minted the first NFT on May 16 2019. But this innovation still has a long way to go, and the partnership with Neo will make that possible.

Neo blockchain is a layer one blockchain launched in 2014. Since then, it has been growing and recently launched the N3 technical architecture. HACD will develop its PoW NFTs on the N3 Neo Blockchain.

“Our team is confident to lead the HACD community and make 1H1B DAO and 1H1B NFT into mainstream DAO and mainstream member NFT in the Neo ecosystem,” he said.

The 1H1B DAO is the collaborative effort of the HACD collections and Hacash.Diamond team. According to the DAO, it intends to make HACD more valuable than Bitcoin.

It will mint 1H1B NFTs on Neo Blockchain in a move that introduces HACD into the Neo ecosystem. According to the announcement:

The 1H1B NFT will be an unreserved NFT that is fully transparent, membership-based, and multi-chain… HACD and the 1H1B DAO will play a very important role in the development of Neo’s NFT ecosystem.

We at Neo expect this partnership to provide HACD holders a chance to get acquainted with Neo and our premium Neoverse series NFTs as well.