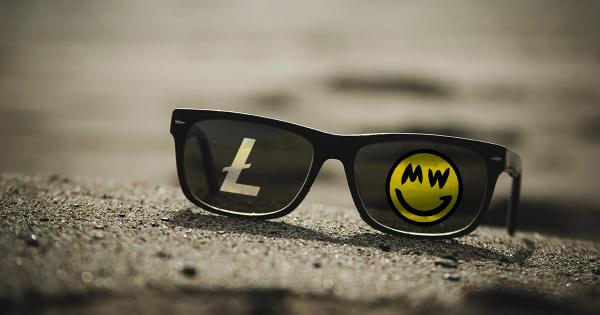 The Grin developer tasked with implementing privacy features in Litecoin, David Burkett, has created a thread for monthly updates on the LTC MimbleWimble integration and has announced progress on the plan to bring confidentiality features to the sixth-largest cryptocurrency by market capitalization.

“I’ll be posting monthly status updates detailing progress on the LTC MW EB (YAY acronyms). This is geared toward those interested in LTC development, but will also talk a lot about Grin++ changes, so it may be interesting to Grinners as well.”

In late October, Burkett was awarded funding from the Litecoin Foundation to implement opt-in extension blocks, a feature that would allow users to send confidential LTC transactions using the privacy-centric MimbleWimble protocol (Mimblewimble’s native privacy model masks sender and recipient addresses as well as the number of tokens involved in transactions).

Boosting the fungibility of Litecoin

Burkett, Litecoin creator Charlie Lee, and major Litecoin contributor Andrew Yang co-authored two proposals earlier this year, LIP-0002 and LIP-0003, that argued the Litecoin protocol’s current level of transparency decreases the fungibility of LTC — coins could potentially be blacklisted in a “government-regulated merchant world” if they were deemed to be involved in suspicious transactions,” they said.

MimbleWimble, best known as the protocol powering open-source privacy coin Grin, was lauded by the three developers as being the “ideal protocol” to bring optional privacy to Litecoin and protect fungibility — the fact that MimbleWimble leaves no record of transactions in the ledger, they said, purportedly makes it less resource-intensive and offers a higher level of confidentiality than other privacy protocols.

According to the new “MimbleWimble Progress Update Thread,” Litecoin users will eventually be able to send private LTC transactions using a modified version of Grin++, a Grin wallet and node client developed by Burkett.

Litecoin proponents have generally praised the plan to add privacy features, and yet the implementation may interfere with LTC’s existential mission to become a “better payment option” for “everyday purchases.” Privacy coins — even optionally private coins including Zcash — have been de-listed from a number of top exchanges in recent months following increased pressure from regulators.

In an exclusive interview with CryptoSlate, Charlie Lee shares his vision for how Bitcoin and Litecoin can fundamentally challenge governments and revolutionize how people transact.

In the end, Charlie Lee says Litecoin will have succeeded when it doesn’t need him anymore.

Coinbase has told customers in the United Kingdom it will remove support for Zcash (ZEC) on the 26th of August, 2019, just days after British tax authority HM Revenue & Customs reportedly requested customer and transaction data from the cryptocurrency exchange.