In an exclusive interview with CryptoSlate, Charlie Lee shares his vision for how Bitcoin and Litecoin can fundamentally challenge governments and revolutionize how people transact. 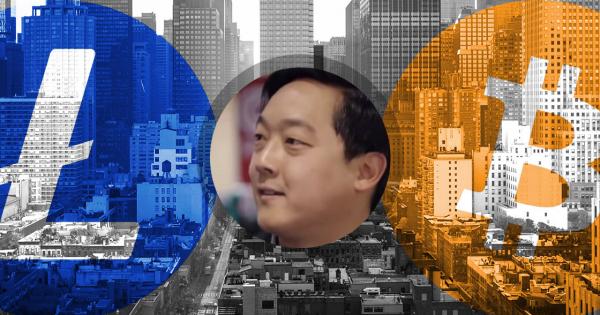 In an exclusive interview with CryptoSlate, Charlie Lee shares his vision for how Bitcoin and Litecoin can fundamentally challenge governments and revolutionize how people transact. Ultimately, he argues that cryptocurrency is the best form of money ever seen.

One of the most commonly cited problems with Bitcoin is its inability to scale. The network has a maximum capacity of somewhere between 3 and 7 transactions per second (TPS). During times of heavy use, this can cause a single transaction to cost upwards of $5.

Critics often use VISA as a benchmark. The leading payment processor handles an average of roughly 2,000 TPS, up to 56,000 TPS at theoretical peak capacity.

These same concerns are why many altcoins exist. Projects such as Bitcoin Cash, EOS, and TRON tout higher transaction throughput—at the cost of greater centralization—supposedly solving the core issues around Bitcoin.

Unlike other altcoin founders, Litecoin creator Charlie Lee has a drastically different opinion on the scaling debate.

“Bitcoin and Litecoin work perfectly fine right now, as a store of value and it’s relatively easy to pay and relatively cheap compared to a wire transfer, for example.”

According to Lee, Bitcoin’s major value proposition isn’t competing with payment processors like VISA, but with banks and financial institutions themselves.

“Today, if I want to send a large amount of money overseas then I have to do a wire transfer, it costs $20-35 per transfer, and it takes half a day. And you have to jump through hoops to make that happen. And it can be censored, and potentially even reversed.”

And, over time, Charlie Lee predicts that Lightning Network and other second-layer solutions will solve many of the scaling problems experienced by Bitcoin on the base layer.

Meanwhile, other proponents have argued that Bitcoin is not a competitor to VISA or PayPal.

“It competes with local governments, legal systems and property rights—the fundamental layers of the existing [society] stack—not with the payment processors that sit on top of it,” argued Hasu, a well-known (anonymous) Bitcoin theorist in his essay Bitcoin and the Promise of Independent Property Rights.

“With Bitcoin, you get an uncensorable, irreversible transaction that cost $1. Even if you want to send millions. Compared to wire transfer it’s ridiculously better.”

One vocal Bitcoin critic, Peter Schiff, argues that gold is the superior store of value with a track record spanning thousands of years. The CEO of Euro Pacific Precious Metals makes the case that gold is the answer to inflation and monetary mismanagement.

Instead, Lee argued that between Bitcoin and gold, “it’s not even comparable.” The reasons are obvious when examined in greater detail.

Verifying gold’s authenticity is costly, it requires large centralized institutions to custody and trade efficiently, and it’s easy for central governments to confiscate. Bitcoin and Litecoin solve these fundamental problems. And, in doing so, have tremendous potential to grow, according to Lee.

“Gold’s market cap is almost $10 trillion. So gold has 30-50 times the market capitalization of Bitcoin. So, Bitcoin still has a lot of room to grow. And it’s doing things really well today.”

Fiat, it’s not really your money

Prior to the advent of cryptocurrency, Charlie Lee argued that money was under the tight supervision of governments.

“You can’t use it for stuff because the government says you can’t. And it’s hard to move money around.”

As an example, prior to discovering Bitcoin, Charlie Lee describes a prolific “online poker banning event.” In April 2011, the owners of the three biggest online poker sites—PokerStars, Full Tilt Poker, and Absolute Poker—were arrested and the sites were shut down over allegations of money laundering and bank fraud.

“It was probably lobbied by Vegas or other casinos, where the online poker was cutting into their profits,” he said.

But it wasn’t the arrests that stopped online poker, added Lee. People used to access these services using dollars, sending money via credit card and wire transfer. So the real way the U.S. government stopped people from accessing these services was by blocking payments.

“Anything moving from banks to these poker sites was being effectively censored because the government says it’s illegal. And that really highlighted the fact that it’s not really your money.”

Now, thanks to Bitcoin, Litecoin, and other cryptocurrencies, governments can’t stop online services through censorship of payments. Another example he provided was the rise of Silk Road and other darknet marketplaces—the proving grounds for Bitcoin’s resilience and utility.

Both Bitcoin and Litecoin are used for buying drugs, laundering money, and financing terrorism. Yet, in spite of intense scrutiny from the most powerful governments in the world, these networks continue to thrive.

To emphasize the magnitude of this scrutiny, the founder and operator of Silk Road, Ross Ulbricht, was sentenced to double life imprisonment, plus forty years, without the possibility of parole. Cryptocurrency can circumvent these controls because no one controls it and no single person is culpable. Whereas for Silk Road, Ulbricht takes the blame.

Are cryptocurrencies a net positive for society?

Many financial regulations exist to prevent the financing of terrorism, crime, and other activities that harm public welfare. As such, it’s appropriate to ask whether cryptocurrency jeopardizes the public welfare by taking away an enforcement tool.

“It will definitely be a net positive for society,” Lee responded. “I think money should be free. But, If you’re doing something illegal then that should be stopped. But not through censorship of money.”

There are times when regulations overstep the boundaries of what’s acceptable, he argued. Policing people’s decisions—especially those that don’t impact others, like drug use and online gambling—is antithetical to individual choice and vulnerable to government abuse.

Lee provides another analogy to the internet. “It’s like the censorship of information,” he continued.

“For example, the Chinese government censoring online information so their citizens don’t know what’s actually going on. Because they don’t get the real information, they effectively get fed propaganda and lies. That’s just wrong.”

The future of Bitcoin

Bitcoin and Litecoin offer people a fundamentally new way to transact, in spite of the government. At some point people won’t even know they’re using cryptocurrency to pay for goods and services, Lee argued.

“In the future, people will be using Bitcoin and Litecoin and not even know what’s happening in the background. Whether or not they’re even using Bitcoin or Litecoin, all they care about is that they’re sending money from themselves to someone else for goods and services.”

Ultimately, Charlie Lee asserts that cryptocurrency is a revolution that has the potential to fundamentally alter money.

“I see cryptocurrency as freedom of money…. I’d like to see that revolution happen, where cryptocurrencies become the reserve currency, where everyone will use it as money. It’s just the best form of money we’ve ever seen.”

Charlie Lee, the creator and founder of Litecoin, made a number of bold price predictions over the past few years. 4 min read