Data from the Bloomberg Terminal has revealed that some of the biggest Wall Street players have bought the world’s first exchange-traded product (ETP) for Polkadot. 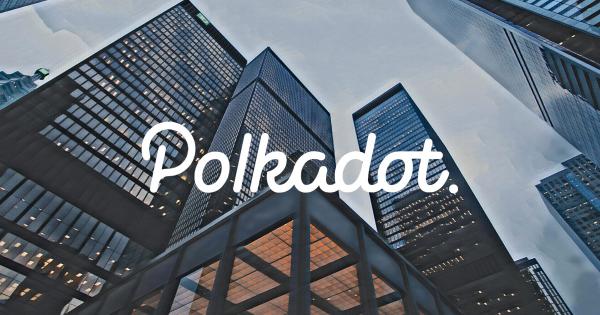 Photo by Sean Pollock on Unsplash

Data from the Bloomberg Terminal has revealed that some of the biggest Wall Street players have bought the world’s first exchange-traded product (ETP) for Polkadot. Goldman Sachs, JPMorgan, UBS, and ICAP have all bought different amounts of the Polkadot ETP shares, signaling the rising institutional appetite for crypto derivatives.

The latest news coming out of Wall Street has shown that some of the largest industry players have shown a rising interest in the diverse product offering of the crypto market. According to data from Bloomberg Terminal obtained by CoinDesk, Goldman Sachs, JPMorgan, UBS, and ICAP have all bought the world’s first exchange-traded product (ETP) that offers exposure to Polkadot’s DOT token.

Launched at the beginning of February by 21Shares, a Swiss investment product provider, the Polkadot ETP (ticker: PDOT) is listed on the Swiss SIX Exchange. According to Laurent Kssis, the head of ETP at 21Shares, the Polkadot ETP currently has over $15 million in assets under management.

Data from Bloomberg Terminal revealed that Goldman Sachs purchased three lots of shares on behalf of a client. UBS, on the other hand, purchased 2,770 shares, while Bank of America’s Merrill Lynch bought 2,200 shares. ICAP purchased 1,000 shares, while JPMorgan bought 500.

Instinet, a broker-dealer owned by Japan’s Nomura Holdings, was the biggest investor in Polkadot’s ETP, having purchased 9,280 shares.

A spokesperson for Goldman Sachs said it had no knowledge of the trades and that they would be looked into. None of the other companies shown to have bought the Polkadot ETP have responded to queries from journalists as of press time.

Nonetheless, the number of Polkadot ETP shares sold since the beginning of the month shows that there is significant demand from institutional investors for products that offer crypto exposure. Investing in exchange-traded products enables institutions to reap the benefits of a token’s performance without having to worry about custody. ETPs also offer institutions a way to comply with regulations.

Update: article title was updated to clarify institutional clients are buying the ETP.