A new update would allow developers building on Cosmos to migrate to a Polkadot parachain and introduce new features, as per a release shared with CryptoSlate. 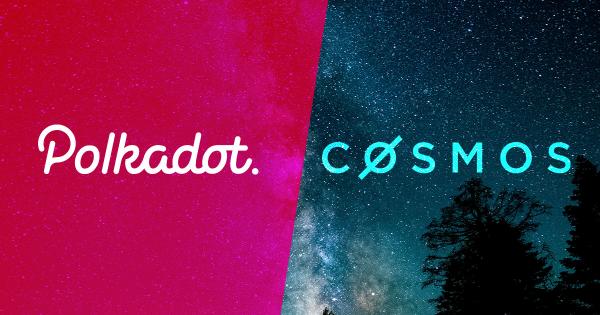 A new update would allow developers building on Cosmos to migrate to a Polkadot parachain and introduce new features, as per a release shared with CryptoSlate.

As per the release, Cosmos developers who were previously accustomed and limited to only building with the Cosmos SDK—a framework for building application-specific blockchains—could now maintain the ability to host an existing chain or Zone on Polkadot and build new parachains.

The move is made possible via Adoriasoft, a firm involved in the full-stack development of distributed applications, tokenized solutions, and blockchain-based software.

Polkadot is the flagship project by the Web3 Foundation, focusing on facilitating a functional, user-friendly, and decentralized web. Cosmos, on the other hand, is a decentralized network of independent, parallel blockchains with the ability to scale and interoperate.

Currently, Cosmos developers must currently bootstrap security networks as infrastructure does not allow for shared security, the release said. However, by hosting on Polkadot, developers shift the security burden to the Polkadot Relay Chain to ensure system-wide coherence and foster a streamlined timeline to build applications with blockchain-level security.

This allows developers who utilize the Relay Chain to focus more on the business side of their applications instead of worrying about security. For the uninitiated, the Relay Chain is the central chain of Polkadot where stakers validate all transactions on the network.

To ensure ease of usability, Cosmos Zones harnessing the Cosmos SDK Parachain Development Kit from Adoriasoft do not have to provide their own validator set and economic security, ensuring focus can be directed away from maintaining staking infrastructure.

Currently, the Cosmos native consensus is Tendermint, based on Delegated Proof of Stake (DPoS). Zones under the Cosmos architecture are independent and are responsible for governance, security, and economics.

According to the Adoriasoft team, swapping out Tendermint with Substrate involves mirroring Cosmo’s ABCI and remote procedure calls with Substrate-compatible ones. However, the team has sped up work by using a token app to implemented ABCI like Cosmos, instead of a full Cosmos application.

Overall, the launch would allow Polkadot to benefit from greater adoption rates as developers who can build a Cosmos app can now build for Polkadot. “More applications enhance user choice and eliminate the need and expense of crafting custom solutions,” the team signed off.

For more information, explore the Cosmos ecosystem and Polkadot ecosystem on CryptoSlate.

Update: Article updated to clarify that Cosmos developers will be able to use the SDK to migrate to a Polkadot parachain, but not vice versa.