Kyle Davies calls out Sam Bankman-Fried for hiding the scale of FTX's problems and for hunting 3AC's trading positions. 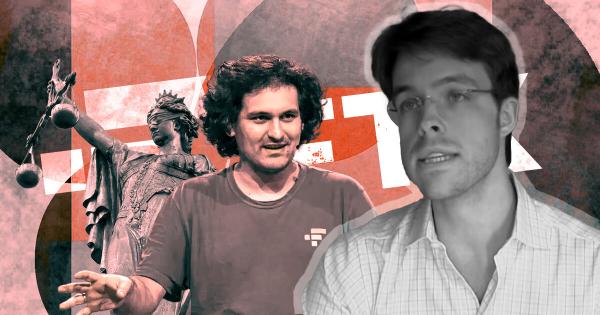 “In the trueness of time, we will find out the truth and we’re looking forward to justice.”

FTX filed for bankruptcy on Nov. 11 following a run that depleted the exchange’s liquid reserves. Precise details of the company’s financials are not known at present.

However, a “rough balance sheet” obtained by the Financial Times purported $900 million of liquid assets against $9 billion of liabilities the day before filing bankruptcy.

With billions down the drain, the entire episode has dealt a bitter blow to the industry, with regulators and VCs, including Sequoia Capital, Softbank, and Tiger Global, in the firing line for not doing enough to prevent things from escalating to this stage.

3AC was heavily exposed to Terra

Being quizzed on not publically warning about FTX until now, Davies fired back, saying 3AC “mentioned them many times.” But given FTX’s media darling/savior status at the time, “no one wanted to hear it.”

The Terra UST stablecoin de-pegged from its dollar price in June, setting off a chain of events leading to several platforms filing for bankruptcy. 3AC was heavily invested in UST and its balancing asset LUNA to the tune of $560 million.

It was reported 3AC had built that position using highly leveraged counterparty funds. The firm filed for Chapter 15 bankruptcy on July 1 amid the disappearance of Davies and fellow co-founder Zhu Su. who were rumored to be on the run.

Davies claims FTX had a hand in the 3AC bankruptcy

At the same time, he attributed an element of 3AC’s collapse to SBF by claiming FTX/Alameda actively countered traded 3AC’s positions to trigger stop losses.

“One of the biggest critics of us, right after our collapse, was Sam Bankman-Fried himself, of FTX. We now know, as things are coming out, that he was probably covering up a lot of things on his side, and it’s also coming out that he hunted our positions.”

When asked to evidence claims of counter trading, Davies could not pinpoint specific, cast-iron proof. Instead, he commented on the close relationship between FTX and Alameda.

“They have similar ownership. It’s coming out that they shared information and that they sat in the same room… Recent employees of FTX, which are bragging about hunting and liquidating our position.”

Summing up his argument, there was no segregation between the two entities, said Davies.