Popular meme coin, Floki Inu, will be appearing on the jersey of Italian Serie A side, Napoli, till the end of the season. 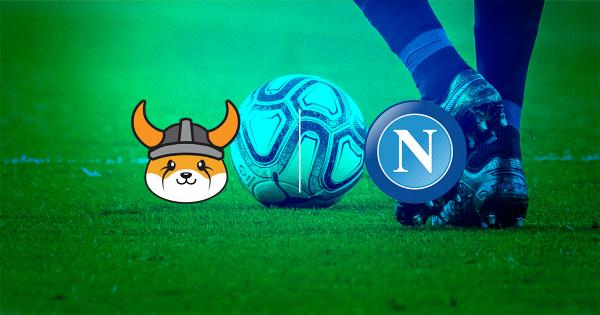 Photo by Emilio Garcia on Unsplash

As part of its marketing push, popular meme coin, the Floki Inu project has just added the Italian football giant S.S.C. Napoli to its list of partners through a sponsorship deal announced recently.

Floki Inu’s logo to be on Napoli shirt

Per the announcement, the sponsorship agreement would see the logo of the Floki Inu token featured on the back of the Italian professional football club jersey from now till the end of the current season. Additionally, the logo will also be displayed across LED signs around the team’s stadium for the same period.

Although the cost and the period of the deal is undisclosed, the Floki team’s marketing department noted that the move was part of the project’s vision for growth to increase its popularity and usage in the world.

Serena Salvione, an official of SSC Napoli, stated that the partnership is a nod towards the club’s commitment to innovative products. In his words, “SSC Napoli and Floki have found out to share strong values and similar growth aspirations. With SSC Napoli showing our creativity in many areas, we believe this new agreement reinforces our commitment to always engage in innovative partnerships and to be on the edge of new trends and new products.”

This is not Floki’s first attempt at bringing its token to the general public. The crypto project had been in the news when its logo appeared on major locations across the world like the London Underground, Ireland, and even recently in Spain.

Floki’s logo is also appearing on sporting brands like Kerala Blasters from the Indian Super League and the Spanish LaLiga’s Cádiz, in a move that shows it is following in the footsteps of FTX which has aggressively lobbied for several sports partnerships in the year.

Floki Inu was launched last June as an Elon Musk‘s pet dog-inspired token. In the last 24hours, the token raked in a 12% gain, and it currently sits at $0.00018840. It has a $1.8 billion market cap, with about $25.2 million trading volume, according to available data.