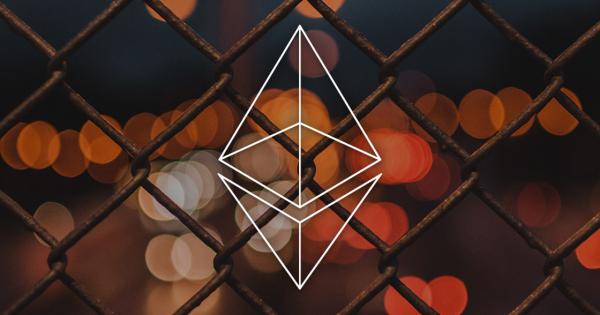 Photo by shotinraww on Unsplash

Detailing the evolution of his mindset in a monologue on Reddit, the Ethereum founder outlined why he now believes “having some privacy is a good idea.”

I made a comment buried in a reddit thread yesterday about how my views on privacy have changed over the last few years (I'm more strongly pro-privacy now), and was encouraged to signal-boost it. Here you go:https://t.co/dgy7X7YEzM pic.twitter.com/ebcqsiLz2x

These comments may not be aligned with his earlier position — dismissing the benefits of privacy technology for ordinary citizens. Explaining these thoughts, Buterin listed several interesting uses of the technology:

“To let them buy weed, put up beds so people can sleep over in offices, and otherwise circumvent silly regulations.”

Changing tack, the young Russian-Canadian cited three reasons for his paradigm shift — now highlighting the need for privacy “even in a hypothetical perfectly equal and fair society”:

Buterin described how privacy technology could help rid humans of bias. In economic terms, ‘signalling’ describes the humane tendency of making decisions based on the arbitrary interpretation of signals such as an employer making a hiring decision based on a candidate’s affiliation with a top university.

“Basically, I see privacy as a way to prevent signalling concerns from encompassing all of our activity, and creating spheres where we are free to optimize for our own happiness and just our own happiness, and not what other people think about us.”

Pointing to the ability of “law-abiding” citizens to interfere with the lives of others, Buterin also described privacy technology as an “important self-defense tool”.

Amid the Facebook/Cambridge Analytica debacle in which the absence of privacy technology may have swayed the outcome of a presidential election, Buterin’s comments might carry weight.

Buterin’s final example of the need for privacy, he explained consequences of social pressure — or what he describes as “a mechanism for influencing people’s behavior”.

Such comments may seem at odds with Ethereum’s position as a public, transparent blockchain that reveals information many would deem sensitive. In the context of blockchain technology, Buterin has been a historical advocate of privacy — perhaps just not its current manifestation.

“As seductive as a blockchain’s other advantages are, neither companies or individuals are particularly keen on publishing all of their information onto a public database that can be arbitrarily read without any restrictions by one’s own government, foreign governments, family members, coworkers and business competitors.”


As an advisor to Zcash — a pseudo-centralized privacy coin — Buterin openly praised the coin’s ability to preserve confidentiality, even describing decentralization as a “luxury”:

If I was doing anything seriously privacy-demanding I'd probably go for Zcash first.

> If you really care about privacy, you would pick a decentralized coin.

Why? If I was using cryptocurrency for a high-privacy-demanding usecase, I'd go for what seems more likely to protect confidentiality and not give a crap about luxuries like decentralization.

Buterin’s previous views may have reflected the peripheral status of blockchain — a time when decentralization was in its infancy.

When the technology is implemented en masse, however — where large-scale businesses and individuals demand confidentiality for mundane usage — the interests of Buterin will be one to follow.