Ethereum Foundation reveals its development plans for the next year 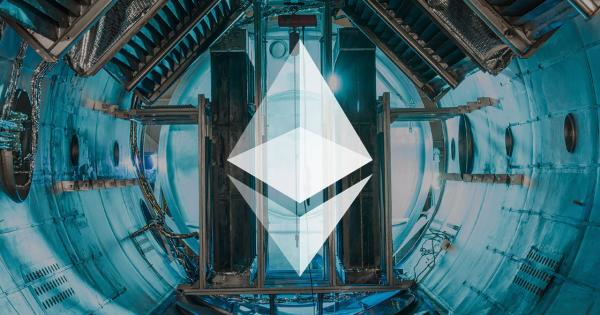 Changes from the Ethereum Foundation

The Ethereum Foundation has redefined its strategy to do what is best for the ecosystem focusing on where the most value can be added and allowing others to add value based on their expertise.

Under the philosophy of “subtraction,” the Foundation is moving away from “growing and accumulating value within themselves.” Instead, they have been distributing opportunities to the community, pushing resources out to teams across the ecosystem, and encouraging other organizations to improve the Ethereum blockchain so that it can become more decentralized and sustainable. 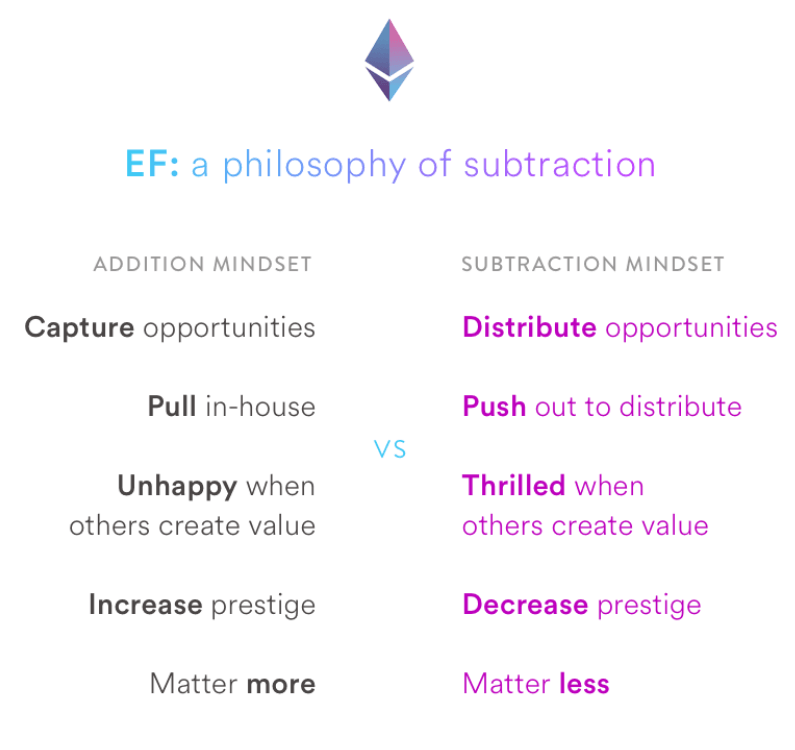 The Ethereum Foundation is a resource allocator and understands its responsibility to ensure that every dollar is spent properly. Around 0.6 percent of all the ether tokens are owned by the Foundation as well as other cash reserves. These funds will be decreasing over time as new investments are made effectively towards improving the network. Other funding sources include Gitcoin grants and MolochDAO, which are investing their own resources to help build vital projects on top of the protocol.

Over the last year, significant progress has been made to upgrade the entire Ethereum protocol. Different client teams including Nimbus, Prysm, Sigma Prime and Substrate Shasper have been working in the major upgrade, dubbed ETH 2.0. To ease the transition into the new protocol, for instance, ETH 1.x will improve Ethereum’s short term scalability and sustainability while ZK-rollup will enable hundreds of transactions per second. A considerable amount of effort by research, development, and security teams has been directed into ETH 2.0 as more resources shift into testing and audits.

Plans for the next year

The Ethereum community continues to grow over time. Prominent organizations such as Microsoft, HTC, and Opera have shown their interest in developing new technologies on top of the protocol. As a result, the Ethereum Foundation has come to realize that it does not matter whether a project is internal or external, but the importance relies on the effectiveness of the capital spent to achieve Ethereum’s goals.

Over the next 12 months, the Foundation plans to spend $30 million on projects that pose a great significance to the ecosystem.

Research and development is the most important pillars of Ethereum’s framework. Thus, $19 million will be allocated into ongoing engineering projects such as ETH 2.0, state channels and Plasma, eWASM, and smart-contract languages. These projects rely on active and critical work that maintains and improves the network.

Another $8 million will be used to support the current protocol, “ETH 1.0,” that is used by a significant number of companies to deploy their tokens. Since billions of dollars of assets are being created using the Ethereum blockchain, it is very important to continue improving different technologies such as Geth, Solidity, and Web3.js as well as Ethers.js.

The Foundation will invest the remaining $3 million in growing the Ethereum community to ensure its success. It will focus on supporting developers education and onboarding as well as community events and yearly gatherings to attract new talent.

Ethereum appears to be making steady progress. As the world’s leading smart-contract blockchain, it continues to make improvements on its protocol to continue to be the number one choice for new ventures to develop their digital tokens on.

A big number of companies such as EOS and TRON have joined the space creating their own smart-contract blockchains which could pose a threat to Ethereum. However, the Ethereum Foundation has been working on effectively deploying its resources to empower the community and make significant steps towards improving the ecosystem.

Earlier this year, Ethereum went through major upgrades implemented as hard-forks known as Constantinople and St. Petersburg that reduced the block reward from 3 to 2 ETH. Now it remains to be seen the different features that ETH 2.0 will bring.

Previously, ethereum.org featured a peculiar yellow canary on the footer of its website.