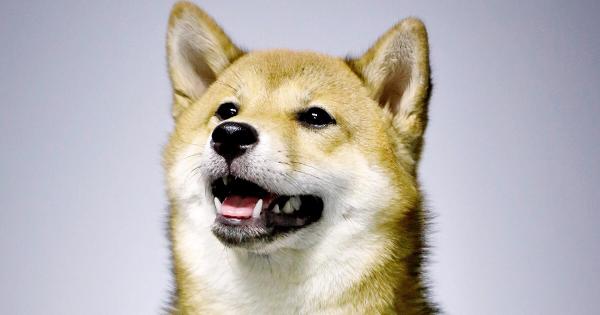 The price of Shiba Inu (SHIB), a previously obscure token created to ape Dogecoin’s (DOGE) success, has surged by an astounding 32,500% over the past 30 days, resulting in a trading craze that congested Ethereum’s (ETH) blockchain and pushed transaction fees to prohibitively high levels yesterday.

According to Etherscan, average ETH fees amounted to roughly $9 at press time. To transfer ERC-20 tokens (the vast majority of assets on the blockchain that are not ETH), users will have to pay $28 in fees on average. Meanwhile, the cost of a token swap on decentralized exchange Uniswap skyrocketed to about $260 at one point yesterday.

Flavor of the month

One of the main factors contributing to Ethereum’s congestion could very well be the massive trading volume of SHIB, crypto analyst Larry Cermak pointed out.

“Ah shit, here we go again,” Cermak tweeted in response to rising transaction fees, adding, “Is the SHIB token causing this? Seeing that pop up a lot of high gas transactions. Dafuq is it?”

Is the SHIB token causing this? Seeing that pop up a lot of high gas transactions. Dafuq is it?

“Looks like some TikTok influencer smoothbrain is shilling it and it’s causing gas to spike? No fucking idea why now and why it has $1 billion of volume on Uniswap today,” he added.

Indeed, SHIB became the center of traders’ attention when its price surged by over 500% yesterday alone and reached a new all-time high of $0.0000195, according to crypto metrics platform CoinMarketCap. Notably, the token was trading at $0.00000006 no more than a month ago—just a 1/325 fraction of its recent all-time high.

On-chain data also showed that out of Uniswap’s daily volume of $2.4 billion yesterday, the SHIB-ETH trading pair accounted for roughly half of it. With a total planned maximum supply of 1,000,000,000,000,000 tokens, SHIB is currently ranked 30th among the top cryptos by its market capitalization.

It is not entirely clear what could’ve catalyzed SHIB’s sudden and explosive growth. Some users pointed to a recent tweet posted by Tesla and SpaceX CEO Elon Musk, whose statements have resulted in Dogecoin’s price rallies on numerous occasions in the past.

“I’m looking for a shiba pup!” Musk replied to a tweet about actual living dogs on May 7.

I’m looking for a shiba pup!

Almost immediately, numerous SHIB-themed accounts jumped on Musk’s tweet as a pack of rabid dogs, trying to pump the coin by putting words into the “Dogefather’s” mouth. While some users pointed out that it looked like a “cheap attempt to pump some shitcoin,” the resulting bull run has yet again demonstrated how gullible a lot people actually are.

“He means he is looking for $SHIB Pump? He has a good habit of saying things indirectly,” one of the SHIB spammers implied.

Notably, the developers of SHIB are also pompously touting their token as a “Dogecoin killer” on the project’s website.

“SHIB token allows users to hold Billions or even Trillions of them. Nicknamed the DOGECOIN KILLER, this ERC-20 ONLY token can remain well under a penny and still outpace Dogecoin in a small amount of time (relatively speaking),” SHIB developers stated.

Meanwhile, Musk acknowledged that even Dogecoin itself is a “hustle” during his Saturday Night Live appearance yesterday, causing a 30% decrease in DOGE’s price. What can then be said about a mere imitation?