Do people have no idea what ‘market cap’ means? 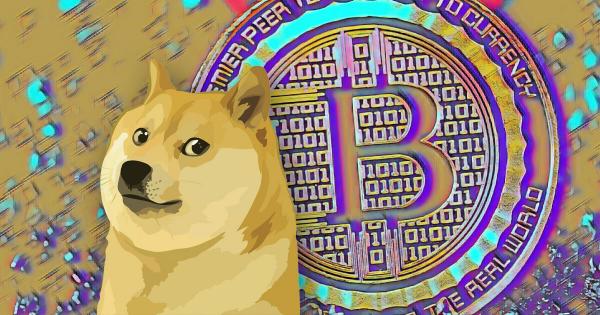 A recent survey by gaming entertainment site Gamblers Pick found that 25% of American individuals consider meme cryptocurrency Dogecoin (DOGE) to be the ‘next Bitcoin.’

You can probably blame the general lack of crypto education and the rise of TikTok as an investment tool for such judgment, but that hasn’t stopped 1 in 4 people participating in the survey (a total of 1,000 individuals were surveyed) from saying that Dogecoin was their investment pick for this year.

For the uninitiated, Dogecoin was created as a joke in 2013 by Jackson Palmer, who wanted to make a payment system that was instant, fun, and free from traditional banking fees.

The network was a block time of 1 minute, meaning over 10,000 DOGE ($6,000 as of today) are produced and rewarded to miners each minute. Palmer himself stepped back from the project (and the crypto space) in 2015, and sporadic development continues to occur on the cryptocurrency.

But the lack of development hasn’t stopped people from piling in on the approachable crypto. For most people, social media mentions were the primary source of learning about Dogecoin, while for over 18% of individuals, it was Tesla CEO Elon Musk who served as a source.

Musk has, over the past year, tweeted about Dogecoin numerous times and claims to have even accumulated some for his youngest child. Other celebrities, such as bassist Gene Simmons and webcam model Mia Khalifa, have shilled Dogecoin to their millions of followers as such—their actions aiding the meme coin to an $88 billion market cap.

That said, the survey found that a similar percentage of respondents approved of (43%) or remained neutral (41%) Musk’s Dogecoin tweets. 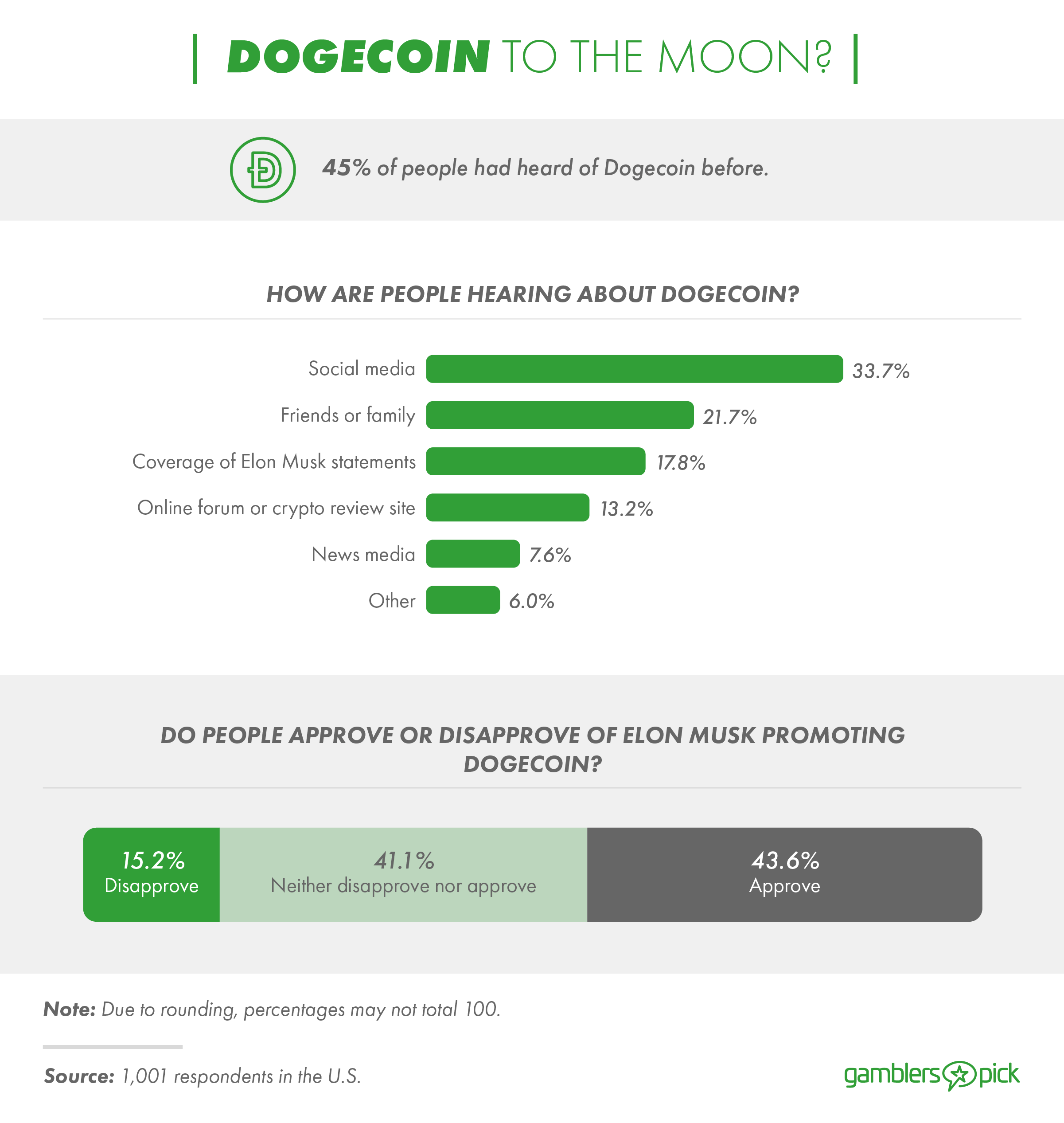 Answers to the actual investment part were borderline shocking. Of those surveyed, a staggering 54% of respondents saw Dogecoin investing as a legit “opportunity to get rich,” compared to 46% who viewed punting on the token as “just for fun.”

People are expecting to gain wealth with a small stack as well: The average investment of those looking to get rich off Dogecoin was a paltry $227. That could have worked should someone had invested in the token five years ago (it has risen over 700,000% since). But with a market cap of $88 billion today—Doge riches are not likely.

The meme token trades at over $0.77 at press time, reaching a market cap of as high as $90 billion.

In fact, Dogecoin is the world’s 170th most valued equity asset as per this list. Not bad for a joke cryptocurrency that doesn’t see active development and has no particular use case other than merely existing.

Meanwhile, it isn’t all fun and games in Dogeland either. 40% of surveyed individuals said they “regretted investing” in Dogecoin….perhaps a case of buying the top?