Ethereum Classic, a fork of Ethereum, was hacked using a 51 percent attack on the coin’s blockchain, with more than $1 million worth of ETC stolen so far.

A less popular offshoot of the world’s second largest cryptocurrency is currently in its third day of the siege, as it was hacked using a 51 percent attack on Jan. 5th.

Mark Nesbitt, a security engineer at Coinbase, told WIRED that the exchange was “very confident” that the double spends are a result of someone taking over 51 percent of the Ethereum Classic network.

Hack Not a Result of ASIC Testing

Ethereum Classic still hasn’t commented on the issue or revealed how it plans on handling the hack. The lack of comment from the coin’s developers caused a slew of misinformation to go around, with some media reporting that there was no double spending associated with the attack.

Sources claimed that the hack was a result of the new 1.4 GH/s ETHash ASICs, which caused a public outcry to ban these chips both on the Ethereum Classic and Ethereum networks.

Coinbase found that 219,500 ETC, worth around $1.1 million, has been stolen so far, which removed any doubt that the hack was a result of ASIC testing. The analysis revealed that the attack started on Jan. 5th and lasted until Jan. 8th, making it one of the longest 51 percent attack ever recorded. Of the attacks, the longest attack lasted about 30 minutes and went 123 blocks deep into the network, according to Coinbase.

The ongoing Ethereum Classic attack could be a wake-up call for more popular cryptocurrencies, Forbes reported. Nir Kabessa, President of Blockchain at Columbia University, told the publication that Bitcoin and Ethereum should consider a “deep re-evaluation of proof-of-work’s security profile” in order to avoid similar attacks.

Mati Greenspan, a Senior Market Analyst at eToro, believes that such attacks on more widely used cryptocurrencies are implausible. He warned that smaller cryptocurrencies with a lower hashrate are at a much higher risk of a 51 percent attack.

The 51% attack on the Ethereum Classic network serves as a reminder for one of the key limitations of the decentralized blockchain network vulnerability to 51% attacks, especially for smaller altcoins. 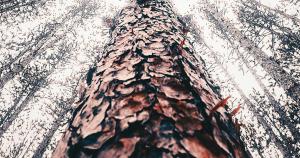 Kraken is a San Francisco-based digital asset exchange in euro volume and liquidity that trades various currencies, including Canadian dollars, US dollars, British pounds, and Japanese yen. Founded in 2011, it is one of the world’s largest and oldest bitcoin exchanges with the widest selection of digital assets and national currencies. Kraken investors include Blockchain […] Learn More ➛