End of an era? Binance’s CZ to possibly step down amidst regulatory tensions

Binance founder ready to give up his reins to someone with cultivated regulatory background. 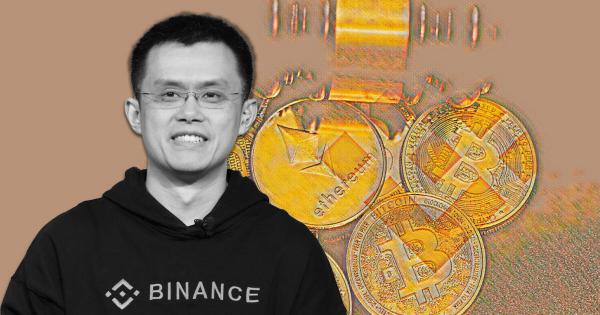 As one of the top cryptocurrency exchanges continues adapting to the regulatory landscape by tailoring its services and enforcing tougher know-your-customer policies (KYC), Binance’s founder and CEO Changpeng Zhao told Reuters he is prepared to step down and pass control to a leader with a robust set of skills, better fitting the current climate.

Binance got caught up in a regulatory windstorm in several countries and as the global scrutiny grew so did the platform’s focus on compliance, resulting in consecutive customer announcements about resolving rules and adjustments.

Binance CEO expressed his openness to hand over the reins to a successor that could do a “better job,” while pointing out his intention is not to leave in haste.

“I’m a technology entrepreneur. We are doing this pivot to be a regulated financial institution and I would be very open to look for a leader with a strong regulatory background.”

“We want to be licensed everywhere … From now on, we’re going to be a financial institution,” Zhao told Reuters, revealing his intention to improve relations with policy makers, while adding that Binance is set to break its decentralised structure as the company would seek approval for establishing regional headquarters.

The latest change regarding the daily withdrawal limit that affects users who passed only “Basic” verification, set to enhance Binance’s KYC efforts, is effective immediately for new users, while already existing “basic” accounts will become subject to the new restriction in phases.

In line with Darwin’s natural selection theory, which is often appropriated in the business world, Binance reinventing itself in the new regulatory environment could be observed as a crucial part of the process in which the ability to adapt and change over time both play a major role.