The exchange announced that it will be stopping its users from trading stock tokens on its platform effective immediately. 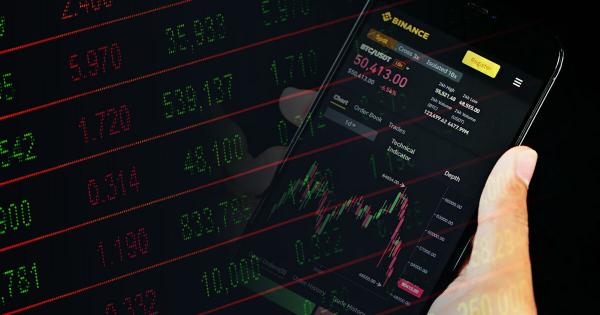 Crypto exchange Binance has announced that it would no longer be allowing its users to trade its innovative equity tokens offerings, as per a press release today.

Reason:The Securities and Futures Commission (SFC) of HongKong: Binance has offered trading services in stock tokens (Stock Tokens) in a number of jurisdictions and is concerned that these services may also be offered to Hong Kong investors. https://t.co/RtbXAVvKWw https://t.co/H23rVJBOft

According to the crypto exchange, it is ceasing this crypto service in order to shift its focus to other products, and effective immediately, the stock tokens will no longer be available for trading to users.

The exchange continued that current holders of the token have the next 90 days to decide what they would be doing with their assets. If the ultimatum lapses without the users closing their positions, they will no longer be able to manually sell or close their positions on October 14 and the exchange will officially close all stock token positions by October 15.

Binance, however, refused to release further information on why it might be closing this arm of its business.

It is interesting to note that the exchange began trading tokenized stocks a little over three months ago. Then the exchange CEO, Changpeng Zhao stated that the tokens would serve as a vital cog between the crypto market and the traditional stock market. The exchange also began by offering its traders stock token options in Tesla’s stock, Coinbase, Microsoft, and Apple stocks.

As such, the delisting comes on the back of Binance facing regulatory troubles in several jurisdictions.

Regulators in the European Union also expressed their concerns that “these tokenized stocks do not provide corporate disclosures while adding that if they were registered as securities, an investment prospectus would be required.”

Since then, the exchange has been moving from one regulatory issue to another. First, regulators in the United Kingdom, such as the country’s Financial Services Authority, declared that the exchange operations within the country were illegal as it was not licensed to operate within the jurisdiction.

Other countries like Germany, Thailand, and others also raised their misgivings about the activities of crypto exchange within their country and warned users to be careful.