Another financial regulator singles out the exchange by issuing a notice, warning Binance is not authorized to provide investment services and activities in Italy. 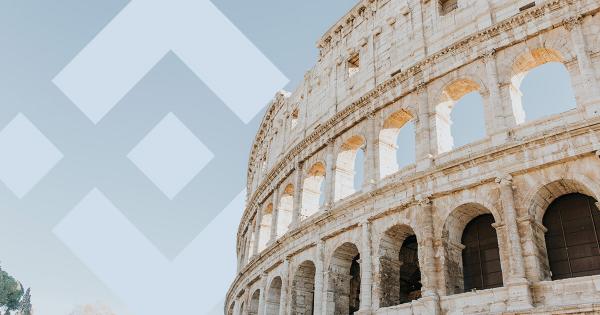 Photo by Braden Collum on Unsplash

Singled out as unauthorized

“Companies of the “Binance Group” are not authorized to provide investment services and activities in Italy, not even through the website www.binance.com whose sections called “derivatives” and “Stock Token”, relating to instruments related to crypto-assets, were previously also written in Italian,” stated Italy’s securities regulator CONSOB in yesterday’s notice.

Without providing any background for the notice as to why the exchange is being singled out, CONSOB generally invited savers “to make use of their utmost diligence in order to make their investment choices in full awareness, verifying in advance that the websites through which they make the investment can be attributed to authorized subjects.”

The government authority continued the statement cautioning “savers” about cryptocurrency investments, which “may imply the total loss of the sums of money invested.”

According to CONSOB, due to complexity, high volatility of the prices as well as malfunctions and cyber attacks, cryptocurrency investments present “not immediately perceptible” risks.

Lately, Binance keeps taking a beating from regulators in several countries, including the United States, Japan, the UK and the Cayman Islands.

Recently, British banks Barclays and Santander announced they are preventing customers from making payments to the exchange, while Thailand’s financial watchdog filed a criminal complaint against Binance for operating without a licence.

The founder and CEO of Binance, Changpeng Zhao, posted a letter in which he admitted the company hadn’t gotten “everything right” because of its rapid growth, which might lose some of its speed due to legal and regulatory issues it faces on numerous fronts.