Tesla CEO withdrew his non-fungible token from sale because it didn’t “feel right selling it”—even after he was offered $69 million. 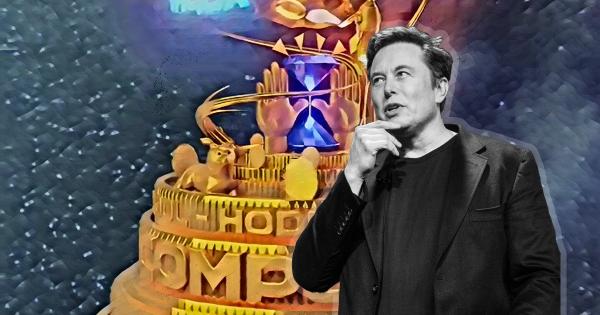 Tesla and SpaceX CEO Elon Musk’s foray into the non-fungible token (NFT) trading was cut short as he decided against selling his NFT—after jokingly being offered $69 million by Beeple.

Actually, doesn’t feel quite right selling this. Will pass.

Unlike “common” cryptocurrencies, NFTs are crypto tokens that are non-interchangeable. This means that each of them is unique and scarce—qualities that are highly valued by collectors. NFTs can contain all kinds of digital data such as artworks, music, photographs, videos, and so on—or even combinations of them.

Yesterday, Musk decided to join the ranks of NFT traders by announcing that he will be “selling this song about NFTs as an NFT.” And so an auction for Musk’s “tweet-as-NFT” commenced on Valuables by CENT, the same marketplace where Jack Dorsey is currently auctioning off his first tweet.

Shortly after, top-grossing crypto artist Mike Winkelmann, aka Beeple, jokingly offered Musk $69 million for his NFT. And he could actually put his money where his mouth was—especially after his NFT artwork “EVERYDAYS: THE FIRST 5000 DAYS” has been sold for $69.3 million on Christie’s auction.

In his usual “memeful” manner, Musk made a counter-offer of 420 million Dogecoin—which was worth $24 million at the time. While it’s over twice as less than Beeple’s initial offer, it’s still a substantial sum.

However, just a day later Musk decided to “pass.” While this exchange could’ve likely been just two multi-millionaires joking around (Beeple’s artworks sold for over $100 million in total), it yet again demonstrated how crazy the NFT scene is today.

After all, NFT whale Metakovan did actually pay $69 million for Beeple’s artwork.

Update: Article title and content has been updated with additional information.

Is money even real anymore? The NFT sector is making it seem so.

Non-fungible tokens: The latest trend in the crypto world that’s got big brands like Nike, NBA, Formula 1, Louis Vuitton and more, taking notice and getting involved.

Why are so many people captivated by the blockchain and crypto world? It’s an infant compared to the traditional financial world; a little unsteady on its feet, still growing and trying to figure things out.