Why are so many people captivated by the blockchain and crypto world? It’s an infant compared to the traditional financial world; a little unsteady on its feet, still growing and trying to figure things out. 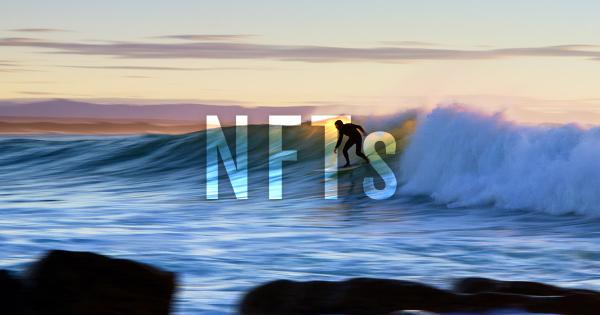 Why are so many people captivated by the blockchain and crypto world? It’s an infant compared to the traditional financial world; a little unsteady on its feet, still growing and trying to figure things out. Yet it’s thrilling to watch it evolve, to discover new realms and possibilities it’s crashing into, to witness it disrupt and break down traditional rules and barriers.

To see its potential in making your wildest imaginings and dreams real – virtually real. And recently, more and more people are beginning to take notice of a particularly exciting, relatively new trend: non-fungible tokens (NFTs).

The advent of blockchain and cryptocurrencies opened the gates to making value transfer accessible to anyone, anywhere. Then DeFi, decentralized finance, entered the scene in 2020. Suddenly, blockchain technology had expanded to more complex financial use cases, from trading and insurance to savings, loan, and more. Incredibly disruptive and with limitless potential, it’s no wonder DeFi became the biggest craze in 2020.

But while the large majority kept their eyes on DeFi, a shining dark horse has been growing in the shadows. NFTs are tokenized versions of an asset, digital or otherwise. They represent non-fungible assets like collectibles, artwork or real estate – items in the world that are unique and rare.

This is what makes them special and appealing. Currencies, whether traditional fiat currencies or cryptocurrencies like Bitcoin or stablecoins, are fungible and more easily interchangeable. They are what they can buy you. A dollar note in your pocket can be exchanged with the one in your mate’s, a bitcoin can be traded with another bitcoin without any loss of value. But NFTs are different, you can’t exchange them the same way you do with fungible assets since no two NFTs share the exact same unique properties and attributes.

NFTs experienced their first rise to fame in 2017, when a game built on the Ethereum blockchain called CryptoKitties incited hundreds to collect, exchange, and even breed virtual cats. No two cats in the game are the same, and the game was appealing enough to move millions of dollars and attract thousands of beginners to the crypto world.

The NFT marketplace remained stagnant after the CryptoKitties boom but started rising again rapidly in the second half of 2020, with projects reaching record-breaking sales such as the blockchain-based trading card of Paris Saint-Germain forward Kylian Mbappé that sold for $66,850, meanwhile obliterated by the latest high-profile NFT sales worth several million each, such as “Crossroad”, by Beeple.

NFT use cases have also grown to include a variety of assets: virtual collectibles, game items, digital artwork, event tickets, real estate, identity documents, certifications, and more. They’re unlocking new revenue streams and creating opportunities for artists, game designers, musicians, etc. But why bother with NFTs instead of real-world and non-tokenized versions of these unique and rare assets? Three reasons: they can prove authenticity, provide ownership, and are transferable.

The standardization of NFTs and the detailed attributes of their smart contracts make each of them uniquely identifiable and authentic. Users know that there is only one of each NFT in existence, so they cannot be duplicated or copied and there’s no chance you’ll end up with a fraudulent item. The transparency of blockchain technology also means that it’s possible to verify and prove authenticity.

Counterfeiting and fraud is a big problem for many industries such as art or luxury brands, but Cointelegraph points out that “The blockchains powering NFTs clamp down on counterfeiting — and give buyers confidence that they’ll get what they pay for.” Coindesk reports that luxury brand conglomerate LVMH, owner of the iconic Louis Vuitton label, is riding the NFT wave and is preparing to launch a blockchain to prove the authenticity of their luxury goods.

The goal is for products to be given NFTs so authenticity can be verified. It will also be possible to trace an individual handbag’s lifecycle journey from alligator farm to the store it was sold in and its subsequent multiple owners who previously purchased and sold it.

Blockchain technology enables people to truly start owning what is theirs. It’s worth noting here that NFTs can only be transacted and transferred by the owner(s) of the asset due to their smart contracts and associated rights. This means that even the issuer of the NFT can’t replicate or transfer the NFT without its owner’s permission.

Gamers have traded virtual currencies and assets for years, from Fortnite’s cosmetic character skins to World of Warcraft’s gold. But in a traditional game, you don’t truly own anything in the virtual world because its economy exists exclusively in a closed marketplace.

You might have spent $60 to own the license of the program, played it for a month, beat the game and then put it away with nothing else to show for it. In other words, you can’t exchange an in-game currency or item with fiat currencies and nor can you bring it with you to another game because you don’t truly own it.

But in the world of blockchain games, you own all the tokenized in-game assets (in the form of NFTs) in your wallet and can trade, battle, fight or race with them across multiple games.

You own and control all these assets, whether it’s an enchanted sword, skins or currency. In the Futuristic Conference 2020’s panel on The Future of Gaming & Non-Fungible Tokens, Dr. Jesse Reich (CEO Splinterlands) elaborates on how owning your assets is a one-way valve:

“The second you start owning your sword and your armor and your characters and something custom about them, the idea that you’ll then go and play this other game and spend hundreds or thousands of dollars and not own any of those things will cease to be appealing.”

Dapper Lab’s Naayem echoes this with the observation that once users have experienced uniqueness, scarcity and ownership in a virtual world, handing over cash in ordinary games completely loses its appeal.

Since NFTs are decentralized, there’s no requirement for a central issuing agency and they’re a lot easier to move around. It allows users to dive into permissionless peer-to-peer interaction, trading, and specialist marketplaces without meddlesome third-parties who could slow down or complicate the process.

Following the gaming example above, NFTs solve the issue of exclusivity in traditional games as assets can easily be transferred to use between different blockchain games. Since the assets that you’ve built or bought in one game are owned by you rather than the gaming company, they’re transferable between different worlds and can be taken from one game to another. They’re also transferrable in the sense that these tokens enable millions of people to have ready access to them and they can be traded for other cryptocurrencies.

NFTs are exciting and interesting because they’re about more than money. They tap into the human habit of collecting items that trigger passion or entertainment. They’re appealing because they represent special and rare items but mean more because owners know the items are authentic, truly owned by them, and are easily transferable. NFTs have opened a wide range of possibilities for real-world and virtual assets, and have unlocked opportunities for creators and new revenue streams in gaming, art, sports, and technology.

The current crypto market revolves heavily around bitcoin and cryptocurrency trading and mining. But to encourage mass adoption, it needs to move away from this area. NFTs are fueling this as they have the capacity to capture the hearts and minds of individuals and onboard them into the blockchain space in a way that fungible currencies haven’t been able to.

By introducing new users to the crypto world through channels of entertainment and recreation, it’s easier for beginners to access and understand the value that blockchain technology and decentralization can provide to them. So if you’re not ready to enter the fungible side of the crypto world, how about dipping your toes into NFTs instead? Transfer your passion for digital art, gaming, sports into an avenue that will provide true value.

Ruben Merre is the CEO and founder of NGRAVE. NGRAVE is a crypto hardware wallet company which purports to offer the most secure solution on the planet with its fully offline hardware wallet, NGRAVE ZERO.