Einsteinium – What Is It and Where Is It Going

This year, cryptocurrencies are demonstrating their financial prowess as they rapidly increase in value. 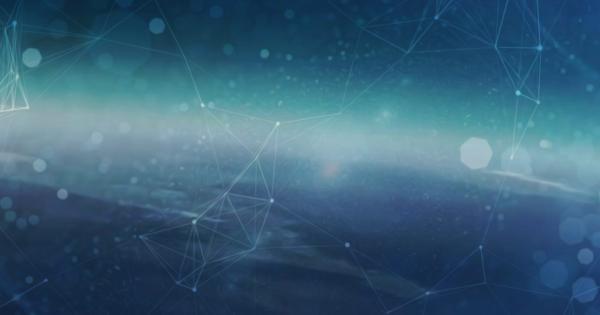 This year, cryptocurrencies are demonstrating their financial prowess as they rapidly increase in value. With a total market cap of more than $500 billion, this vast ecosystem is loaded with digital currencies that are more valuable and more usable than ever. What’s not considered on these charts is the creativity embedded in some of these coins.

Although it’s currently priced at just $0.92 USD, which doesn’t place it anywhere near the most valuable cryptocurrencies, Einsteinium deserves recognition for creativity.

First launched in 2014, Einsteinium is a unique cryptocurrency that combines the standard p2p ambitions with a philanthropic underpinning that strives to fund scientific research through its platform.

It uses a proof of work concept that is similar to Bitcoin, and, aside from the popularity difference, it operates in much the same way. In essence, Einsteinium is a combination of Bitcoin’s technological capability with the ethos of a charity.

Einsteinium’s methodology is simple but is pretty compelling. Their coin, EMC2, is a tradeable digital currency that has soared in value this year. Throughout its first two years, EMC2  traded at a fraction of a cent. In other words, it was a functionally worthless currency.

However, the crypto boom of 2017 has extended to Einsteinium as well. In November, EMC2 began an unprecedented climb that ultimately led its value past $2.50, though with the recent crypto correction, it is now trading for around $0.92 USD.

This is good timing — on March 1st, Einsteinium launched the Einsteinium Foundation, which is an officially registered non-profit in Canada, and it’s one of the first NPOs in the crypto space. The funding mechanism for this nonprofit is built into the crypto mining process. Of the fees generated by mining EMC2, 0.5% goes to the organizations fundraising costs while another 2% is directly contributed to funding for scientific research.

Interestingly, the mining community has an opportunity to vote for the projects that they want to fund. Funding is accrued in Epoch cycles, which are the approximately 25 days that it takes miners to build 36,000 blocks onto their public ledger. At the completion of each Epoch, miners have the opportunity to vote on the projects that they will support with their funding.

A Unique Approach to Crypto Mining

Einsteinium uses a reductive approach to mining rewards. Essentially, as more blocks are mined, the reward for doing so becomes less.

Prior to a September 2017 hard fork, Einsteinium used a unique approach that they have dubbed a “wormhole event” in which a random event within each Epoch rewards a miner with a significantly higher than normal reward.

Therefore, while the general payoff lessens over time, the possibility of a wormhole reward should incentivize participants to continue to contribute their computing power to maintaining the Einsteinium blockchain.

This can be perceived as a strategic move to enhance Einsteinium’s value at this critical time, but it can also be interpreted as a last-ditch effort to shore up the currency’s value after years of stagnation. Differentiating the difference between these two motives is one of the most tenuous aspects of the platform.

A Shotgun Entry into the Future

Einsteinium has robust plans for its future that don’t inherently correlate to their fundraising vision. For example, since Einsteinium has many of the same qualities as Bitcoin, they see its future adoption in p2p or even integrated ecosystem transactions as a vital part of their future.

After a much-hyped announcement on December 19th failed to deliver the excitement and forward-thinking developments that users had hoped for, the currency dropped nearly 40%, swaths of  confused investors filled chatrooms, forums and Reddit with their misgivings.

The announcement revealed Einsteinium is updating its mining algorithm to make it ASIC resistant and to make it more GPU friendly, which will help its mining become even more decentralized.

Although many of their community members expressed frustration with the announcement, Einsteinium maintains that the change reflects emerging best practices in the industry and ensures that their research-enabling platform is utilizing the latest research and technology to mature the platform.

While the past two months are exciting for Einsteinium and its supporters, it’s difficult to tell if EMC2 is taking off on its merit or if it is merely reflecting the general enthusiasm surrounding cryptocurrencies.

Regardless, Einsteinium’s combination of currency and philanthropy is a novel idea, and it’s unlikely that they will be the last project to produce an iteration of this concept.