After beginning the year at a $17 billion market cap, cryptocurrency has had an absolutely monstrous year of growth, reaching far over $650bn in aggregate market cap. 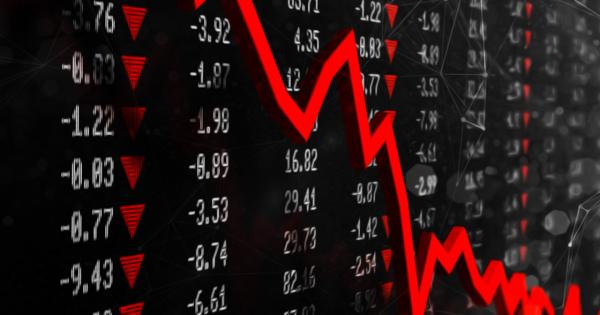 After beginning the year at a $17 billion market cap, cryptocurrency has had an absolutely monstrous year of growth, reaching far over $650bn in aggregate market cap. Today, however, shows the flip side of such growth, with a market pullback of 25%.

A nearly unanimous pull back from cryptocurrency investment has shrunk their total market cap from its more than $650 billion on Wednesday to $467 billion currently.

As with the price surge that has characterized much of 2017, Bitcoin is leading the charge. After hovering close to $20,000 for most of the past week, Bitcoin started its precipitous plunge toward around $11,000, then recovering to $13,000+, where it has hovered for the past several hours.

Bitcoin’s market cap, which recently exceeded $300 billion, dropped to under $200 billion since yesterday. Bitcoin “has lost about $121 billion of its total market value in less than a week, or more than twice the market cap for Tesla Inc,” reports The Wall Street Journal.

Bitcoin isn’t alone in this plunge. At the time of publication, all but three of the top 100 currencies on the top 100 coin rankings reflected double-digit percentage declines in the last 24 hours. Ethereum, the second largest digital currency by market cap, is down more than 30% and is trading at levels last seen at the beginning of the month.

Prices for other top currencies including Bitcoin Cash, Ripple, Litecoin, Dash, and Monero are all down at least 25%.

Investors and experts aren’t entirely sure. While cryptocurrencies are no strangers to volatility, this market decline was unexpected and caught many by surprise.

The recent launch of futures contracts by CME Group and CBOE Group brought a level of legitimacy to the often-misunderstood cryptocurrency. As a result, investors poured into crypto markets, which have soared, even by 2017 standards, since their launch.

The presence of futures contracts was thought to bring increased stability to crypto markets, but it’s possible that the added attention had the opposite effect by drawing more conventional traders into the fray, and their trading habits and priorities may.

General market sentiment was also rocked by the news of Charlie Lee’s liquidation of his LTC holdings. This move was met with mixed reviews, with some investors applauding his seemingly benevolent intentions. Others, however, saw this as a potential red-flag moment.

Bitcoin Cash was also recently added to both GDAX and Coinbase for trading, only to run immediately off the rails, causing major downtime and order cancellations on one of the world’s most trusted exchanges & crypto-banks.

In addition, the constant speculation about a cryptocurrency bubble is likely having an outsized impact on buy/sell decisions when the market begins to depreciate.

Cryptocurrency’s meteoric rise in 2017 had led many to assume that an imminent and possibly drastic market correction was in our future.

When prices began to fall, the internet was rife with pundits speculating that the cryptocurrency bubble had popped. Not wanting to hold their currencies if they are going to depreciate, it’s possible that many sold their holdings to offset this fear.

How are investors reacting?

For some, today’s price declines represent a cryptocurrency sale that has rarely existed this year. With prices lower, some say, it’s time to buy. Many others are choosing to sell their positions in order to avoid any more potential losses.

High trading volumes are often propelled by investors in South Korea and Japan, two countries where cryptocurrencies are far more prevalent and widely accepted, so it can be challenging to find direct correlations between cryptocurrency prices and mainland market movement.

In short, cryptocurrency markets have experienced volatile fluctuations before. Still, crypto markets have been known to recover almost as quickly as they crash, and this episode doesn’t seem any different.

As of this morning, crypto markets are already beginning the heal. In some ways, a crypto market crash feels like more of an emotional gut check than a tangible investment restructuring. The causes and effects are far more nuanced than the headlines might suggest, but that doesn’t make today’s pullback any less shocking.