Dubai’s credit agency announced an official partnership with cryptocurrency-payments provider Pundi X on October 8, according to an official release. 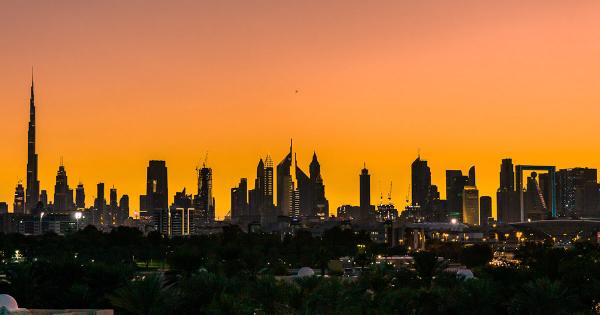 Photo by paweldotio on Unsplash

Dubai’s credit agency announced an official partnership with cryptocurrency-payments provider Pundi X on Oct. 8, according to an official release.

In a step towards the widespread adoption of blockchain technology and cryptocurrency as an accepted means-of-payment, Dubai’s Emcredit bureau and regional distributor Ebooc, a loyalty programs startup, will partner with Singapore-based Point-of-Sales terminal maker Pundi X labs. The move is aimed primarily at the broader public sector in the Gulf state, which comprises locals, regional immigrants, and international expats.

Emcredit is a government-owned subsidiary that handles all credit ratings and issuances in the country. Pundi X notes the agency will provide its PoS terminals to “hundreds of storefronts” across the Emirate of Dubai for allowing bills to be paid.

Payments will be processed by Emcash, a cryptocurrency launched by Emcredit and operated by Dubai’s Department of Economic Development, on a device specially made for the cause by Pundi X labs. As stated in the release, the yet-to-be-unveiled PoS device is authorized for use only by Ebooc and containing the branding of emCredit.

A digital stablecoin-equivalent of the UAE dirham (AED) will be available on the device, and cryptocurrencies like Bitcoin, Litecoin, or even Pundi X’s native PXS token are unavailable for making purchases for now. However, this may soon change if Dubai introduces crypto-regulations in the near future.

The announcement confirms Dubai’s push for creating prominence in the cryptocurrency markets, which is led by the likes of Singapore, Malta, and Hong Kong currently. The Emirate aims to break free from an oil- and tourism-dependent economy to a global blockchain innovation center and authority.

A spokesperson for credit spokesperson stated the move was carried out in consultation with UAE Prime Minister and Vice President Sheikh Mohammed Bin Rashid Al Maktoum. He added:

“To be the world’s first city to offer blockchain-based payment solutions to our residents is an exciting moment for Dubai. It confirms Dubai’s status as an international tech hub.”

A rollout of Pundi X’s PoS device is expected to follow the announcement within the week, with provisions for more devices to be introduced to other cities like Abu Dhabi if results are favorable.

The CEO and co-founder of Pundi X, Zac Cheah, noted bringing blockchain-based payments technology in partnership with a government body was a “major development” for the sector. He added the development was “historic” as it puts forth a “real-world application” of a promising technology.

Meanwhile, further details have yet-to-be-made public and would follow after meticulous testings and approvals are granted by Dubai’s government regulators before the start of 2019. 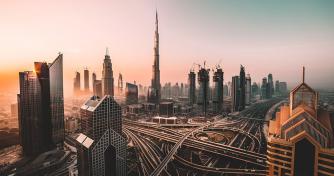 Pundi X is a leading developer of blockchain-powered devices with the aim of transforming retail businesses with its blockchain-based point of sale solution.