Who knew the ‘joke’ currency would outperform just about any asset outside of the crypto space? 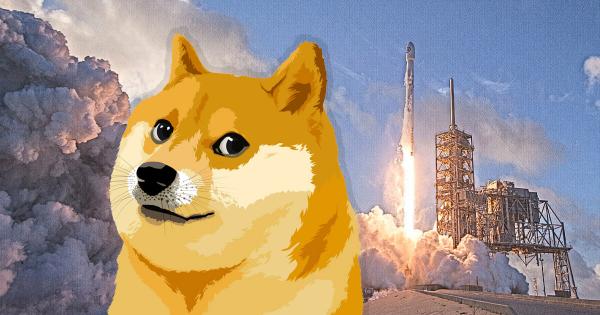 Dogecoin (DOGE) surged by 88% today to over $0.13, setting a new all-time high and gaining a $16 billion valuation, data from multiple sources shows.

The currency is intrinsically valueless and is intended to have absolutely no use, save the memes and jokes.

As the below image shows, DOGE has shot up like a rocket in the past two days without any real fundamental development. It has been trading above its 34-period exponential moving average since last week and broke through all ‘resistance’ levels to its way to the ATH.

The move seemed to catch the eyes of many around the world. On social media app Twitter, the term “Dogecoin” found its way to the global trending charts with over 265,000 mentions since its price move.

Even Elon Musk, the CEO of electric carmaker Tesla, seemed to tweet about the DOGE surge. He has previously posted pictures of Dogecoin going to the moon, and claims to have accumulated some DOGE for his youngest child.

While the memecoin seems to have the world’s attention, some critics remain skeptical about how high DOGE can surge before tumbling back down.

David Kimberley, an analyst at investing app Freetrade, said that people were buying the cryptocurrency because of the hope that others eventually join in, push the price up, and the early “investors” sell their holdings at a high profit.

But the pain comes afterward. “When everyone is doing this, the bubble eventually has to burst and you’re going to be left short-changed if you don’t get out in time,” Kimberley said.

Last year, there were reports of a large percentage of Dogecoin’s supply (nearly 27%) being in the hands of one investor, raising concerns about the way the currency was distributed and the potential impact on prices.

Pros: Cool, fun, PR manager @elonmusk. Decentralized in the sense there are no "core team". It's abandoned.

Those concerns have since disappeared. Because who complains if the music never seems to stop anyway?