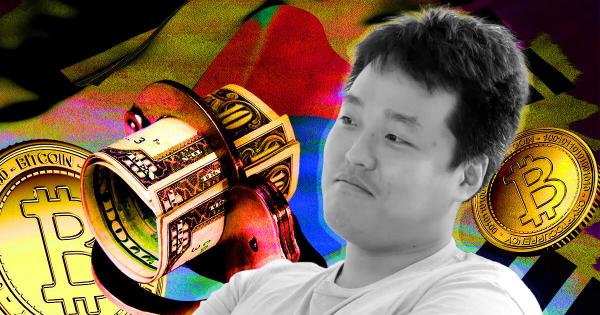 Terra founder Do Kwon has described news of South Korean prosecutors freezing his $39.66 million crypto as a “falsehood.”

I don't get the motivation behind spreading this falsehood – muscle flexing? But to what end?

Once again, I don't even use Kucoin and OkEx, have no time to trade, no funds have been frozen.

I don't know whose funds they've frozen, but good for them, hope they use it for good 🙏 https://t.co/gSucKfqsxj

Kwon, however, has described the report as “spreading falsehood,” adding that he “(does not) even use Kucoin and OkEx, have no time to trade, no funds have been frozen.”

“It’s no surprise that crypto is most popular in countries that weaponize state institutions against their own people for political gain. Reap what you sow – revolutions start from within.”

On Sept. 27, reports emerged that Kwon had made a suspicious transfer of 3,313 BTC to two overseas cryptocurrency exchanges after South Korean authorities issued his arrest warrant.

Then, Kwon denied these allegations. He said:

“(There is) no “cashout” as alleged, I haven’t used KuCoin or Okex in at least the last year, and no funds of TFL (Terraform Labs), LFG (Luna Foundation Guard), or any other entities have been frozen.”

The Terra community has been working on several ideas that could lead to the re-peg of USTC and boost the value of LUNC.

A re-peg proposal submitted by Alex Forshaw, Edward Kim, and Maximilian Bryan would lead to the creation of an Algorithmic Fungible Token, USTN, collateralized by 60% of Bitcoin and LUNC’s market capitalization. The proposal also proposes several improvements to Terra’s Capital Control System (CCS).

However, the proposal is being fiercely debated within the community as some members have kicked against some of the ideas being pushed.

Meanwhile, the Terra community has continued to burn the LUNC token. According to Stakebin data, 6.3 billion LUNC tokens have been burnt over the last seven days. Binance revealed that it burnt 5.6 billion of LUNC on Oct. 3.