Cryptocurrency, despite the massive drop in value from a year prior, was still a hot topic of discussion at the World Economic Forum in Davos, Switzerland. 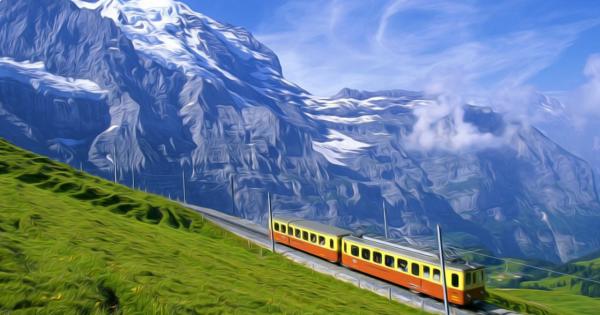 Cryptocurrency, despite the massive drop in value from a year prior, was still a hot topic of discussion at the World Economic Forum in Davos, Switzerland. Experts on cryptocurrency and blockchain debated the technology in the panel “Building a Sustainable Crypto-Architecture” with insight into both sides of the discussion.

The moderator, Gillian Tett of the Financial Times, started off the discussion with Harvard economics professor Kenneth Rogoff, who said that the cryptocurrencies in the last year were a “classic bubble.” He said there was “zero chance” that crypto would overtake fiat as a widely used currency. However, he admitted that in 2012, he advised his 13-year-old daughter to sell the 25 bitcoin she had mined for $60, which she did.

On the opposite end of the spectrum was Jeremy Allaire, the founder and CEO of Circle, who made the bull case for widespread use of cryptocurrencies. He said:

Rogoff took the opposing side, saying that a world reserve cryptocurrency would be neither secure nor stable:

“If someone just wants to make mischief, and they’re willing to spend $100 billion to bring down the international financial system, there seem to be ways to do that. And then, who do you call? Oh, we decentralized it. What do we do?”

Elizabeth Rossiello of BitPesa, whose company provides payment services using cryptocurrency in African countries, said that in the continent:

“[It’s still] impossible in most countries to make a direct transfer within a day from one country to a neighboring country. Even within the East African Economic Community, to make a transfer between Kenyan schillings and Ugandan schillings can take D2 (two days) and cost you seven percent.”

Rossiello said that the average size of a transfer for BitPesa had grown from $200 to $100,000 today and that the goal of the firm was to “make a market in African currencies.”

Zhu Ning, a professor at Tsinghua University noted that the Chinese regulators viewed cryptocurrencies dimly because they see it as a way to circumvent capital flow controls and that it’s risky for consumers. He said that there is fundamental value in cryptos but they are speculative and the current price levels are not justified.

Blockchain was less controversial than cryptocurrency, though the extent that smart contract platforms would be adoption was in contention. Jeremy Allaire claimed that blockchain wasn’t just about cryptocurrencies:

“That’s actually one of the concerns crypto has, is how do we decentralize information architectures, not just the financial system. This is a broader architectural evolution and platforms like Ethereum and they are probably 10 or 15 others that are trying to compete with Ethereum, are really trying to build a new, global, open immutable record-keeping system, transaction processing system and computing engine that you can run applications on that are really useful when you have lots of parties that don’t trust each other.”

Rogoff was also skeptical of claims about decentralization, whether for money or other purposes. He said:

“I would say that governments can’t tolerate large-scale transactions that are anonymous, whether it’s real estate…Right now the regulation has not come, it has not begun. The U.S. has tiptoed into in. Everyone’s just starting to think about it.”

Rogoff added that regulators in the U.S., who have taken a fairly hands-off approach to blockchain technology, but that could change if it becomes widely adopted or valuable.

The debate over the future of cryptocurrencies and blockchain is not one that will likely soon be resolved. And though the topic was much less discussed than it was a year ago at the height of the crypto markets, it seems likely to come up in future editions of the World Economic Forum at Davos.