Bitcoin’s dream of becoming “a peer-to-peer electronic cash system” seems to be fading away due to its high volatility and scalability issues. 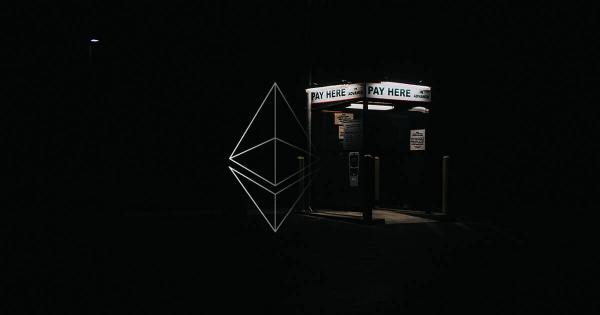 Bitcoin’s dream of becoming “a peer-to-peer electronic cash system” seems to be fading away due to its high volatility and scalability issues. But, Ethereum could be emerging as the ideal network for digital payments.

Ethereum is becoming a payment gateway

In a recent blog post, Danger Zhang, a writer at Coinmonks, explained that there are several issues that have been preventing Bitcoin from becoming “the currency of the internet.” Although second layer solutions have been implemented throughout the years to address BTC’s scalability issues, volatility remains rampant.

“Most people are not interested in money which changes value from one minute to the next. Even people who do believe in the self-sovereign money narrative of Bitcoin usually aren’t very interested in paying with it — they’d rather “hodl” it and see the price rise.”

Bitcoin’s volatility and slow block time have made Ether the home of many digital payments, according to Zhang. In fact, some of the top stablecoins in the crypto market are currently running on top of the Ethereum protocol leveraging its higher transaction throughput.

Zhang argues that stablecoins running on Ethereum provide a “simply, faster, and cheaper” way of transacting with cryptocurrencies since users do not have to worry about volatility. These stablecoins are DAI, USD Coin, and Tether. Each one of them has different features that make them ideal for day-to-day transactions, according to Zhang.

DAI, for instance, is a decentralized stablecoin backed “150% by cryptocurrency collateral”. It offers full transparency of its reserves. And, it has an automated liquidation mechanisms that is triggered the moment the price of collateral plunges below “safe levels.”

Meanwhile, USD Coin was created by one the largest cryptocurrency exchanges in the U.S., Coinbase. This stablecoin lacks decentralization, but offers its users the opportunity to withdraw it into any U.S. bank account.

Finally, Tether offers high levels of liquidity since it is the oldest stablecoin in the market. However, Zhang believes that this stablecoin is not transparent since its reserves are sitting in “opaque bank accounts.”

Zhang believes that stablecoins are “killing Bitcoin’s payment use case” pushing Ethereum to become “the future of crypto payments”. As Ether becomes the prefered blockchain for digital payments, its price is rising at an exponential rate.

Ether is trending up

Ethereum seems to have reached a market bottom on Dec. 18, 2019, at a low of $117. Since then, this cryptocurrency entered a substantial bull trend that has seen its price surge by nearly 70 percent. ETH recently hit a high of $196 and now it could retrace before continuing its uptrend.

The TD sequential indicator is presenting a sell signal in the form of a red nine candlestick on ETH’s 1-day chart. This bearish formation estimates a one to four candlestick correction or the beginning of a new downward countdown. A red two candlestick trading below a preceding red one candle could confirm the bearish outlook.

Nevertheless, an increase in demand for Ether that allows it to break above the recent high of $196 could invalidate the bearish outlook. Such a bullish impulse would likely take ETH to test the next levels of resistance at $209 and $217.

The fundamental reasons behind Ethereum’s recent rally are unknown. But, the fact that its blockchain is becoming “the home of digital payments,” as Zhang said, could certainly help the bullish case. Even though this cryptocurrency could be about to retrace, its macro-trend remains bullish.

A correction around the current price levels could actually be beneficial as it provides an opportunity for sideliners to get back into the market. A fresh inflow of capital would likely take Ethereum into higher highs.

Tether (USDT) is dominating value transfer on the Ethereum blockchain, but why?