Bitcoin and Ethereum emerge as the second and third most shorted crypto, Genesis asked for a $1 billion loan but got rejected, and much more in this edition of CryptoSlate Wrapped Daily. 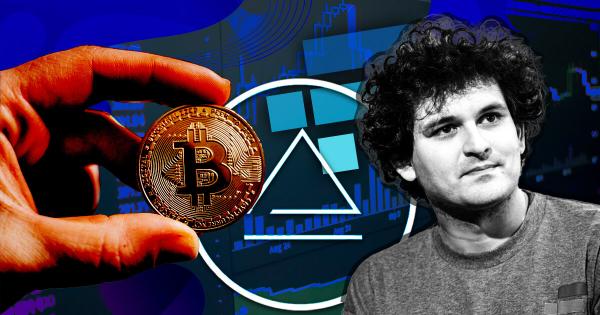 The biggest news in the cryptoverse for Nov. 17 includes the high selling tendency of Bitcoin holders older than 10 years, SBF’s $1.6 billion personal loan from Alameda Research, and Bitcoin and Ethereum’s emergence as the second and third most shorted crypto asset.

Who sold the most BTC in the aftermath of the FTX collapse? 10yr holders sell at highest ever rate

The collapse of FTX put immense pressure on investors, while the price of Bitcoin (BTC) fell as low as $15,000.

To reveal where the selling pressure was coming from, CryptoSlate analysts examined the short-term (STH) and long-term holders (LTH).

While history shows that the LTH is the first to sell their coins when the numbers start to fall, the turmoil following the FTX collapse didn’t shake the confidence of long-term holders.

Instead, the market recorded its fifth-largest number of STH sellers since March 2021, which translates to around 400,000 Bitcoins sold by STH between Nov. 10 and Nov. 17.

FTX bankruptcy court filing reveals Alameda gave $1.6B in loans to SBF, others

Ray referred to the situation as a “complete failure of corporate controls and such a complete absence of trustworthy financial information.”

FTX collapse sees Bitcoin, Ethereum to be shorted the second and third-most amount

After the FTX collapse, Ethereum (ETH) became the second-most shorted crypto in the market, followed by Bitcoin as the third.

Genesis sought $1B emergency loan but never got it

Crypto lender genesis sought out an emergency loan of $1 billion from investors but never got it,  as the Wall Street Journal reported.

The reports noted that Genesis sought the funds because of a “liquidity crunch due to certain illiquid assets on its balance sheets.”

The FTX attacker kept their hands busy on Nov. 17 and drained around $600 million in one day. In three transactions, they swapped 30,000 BNB tokens for Ethereum and Binance USD (BUSD).

The exploiter currently holds $11.8 million BNB and ETH, worth around $346.8 million at the current price levels.

We are buying one #Bitcoin every day starting tomorrow.

El Salvador has been heavily criticized for its Bitcoin investments. However, the country didn’t cave and continued to express its confidence in crypto. El Salvador spent over $100 million to acquire the  2,381 Bitcoins it currently holds.

The crypto community reacted to the mainstream media outlets for publishing articles that favor SBF, even after the FTX’s collapse.

The community reminded the imprisonment of the Tornado Cash developer Alexey Pertsev and expressed its frustration about SBF being free.

1/ Circle Yield is an overcollateralized fixed-term yield product. Genesis is a counterparty to Circle in this product. Total Circle Yield customer loans outstanding are $2.6 million as of 11/16/22 and are protected by robust collateral agreements.

Singapore-based investment fund Temasek stated that it is writing off its $275 million investment in FTX, saying it had misplaced its “belief in the actions, judgment, and leadership” by putting them on SBF.

“The thesis for our investment in FTX was to invest in a leading digital asset exchange providing us with protocol agnostic and market neutral exposure to crypto markets with a fee income model and no trading or balance sheet risk.”

CryptoSlate analysts examined Ethereum staking on-chain data and revealed that around 78% of all staked Ethereum is dispersed across four centralized providers.

Almost 75% of all Ethereum blocks are considered to be OFAC compliant. 15% of all blocks produced by Ethereum are still non-OFAC compliant, and the other 11% are non-MEV-Boost blocks.

END_OF_DOCUMENT_TOKEN_TO_BE_REPLACED

NEAR is a decentralized development platform built on top of the NEAR Protocol, which is a public, sharded, developer-friendly blockchain.

END_OF_DOCUMENT_TOKEN_TO_BE_REPLACED

Lido is a provider of liquid staking solutions for staked assets and Ethereum.