The cryptocurrency market is continuing to gain traction, with most altcoins sitting deep in green territory. 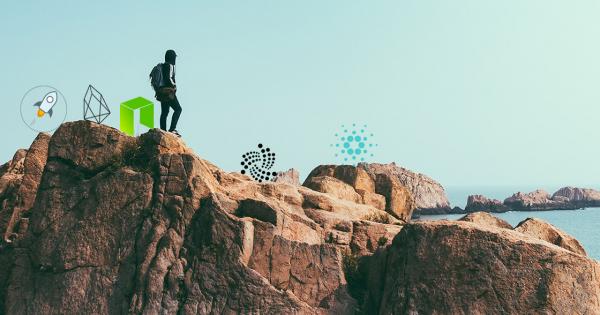 The cryptocurrency market is continuing to gain traction, with most altcoins sitting deep in green territory.

Recent announcements – like Goldman Sachs’ formation of a new Bitcoin futures trading platform – are establishing much-needed legitimacy for the arena, while Telegram’s cancelation of a highly-publicized ICO thanks to recent earnings of $1.7 billion through private investors suggests the space is now subject to larger bursts of capital and recognition.

Stellar Lumens is up by approximately $0.05 since our previous price article. However, FXStreet’s analyst, Ken Chigbo, says that the currency is experiencing newfound resistance at the $0.50 level, and that it is not performing as well as other altcoins. He suggests the current behavior is a “mild form” of consolidation, as bullish trends are still evident in the coin’s upcoming price patterns. They’re just taking a light “breather.”

Stellar Lumens, however, still stands amongst the top ten altcoins, largely in part to its recent integration on MobileCoin. The platform will assist its long-term goal of making cross-border payments easier and less costly to users.

At press time, ADA is trading for approximately $0.37. That’s an $0.08 boost since our previous price article.

FXStreet’s analyst, John Isige, calls Cardano “unstoppable,” commenting that for a relatively new altcoin, it is capturing attention quickly from both investors and cryptocurrency enthusiasts alike. He states that the asset is experiencing “bullish momentum” and may hit $0.50 by the end of the month thanks in large part to a test-net known as K-EVM based on Cardano’s smart contract technology.

The testnet will be released on May 28, while a second one – referred to as IELE VN – is also in the works, and will be turned out sometime during the third quarter of 2018.

The currency strongly focuses on smart contract technology to create a transparent environment – one in which users’ identities are clear and open. This has paved the way for recent partnerships with security platform OnChain and the Chinese government.

EOS is up to $18.72 at press time, a $7 rise since our last discussion. FXStreet’s analyst, Tomas Salles, explains that the currency grew more than 300 percent in April, and that support levels have risen beyond the $16 mark. Given the newfound support and higher resistance, EOS may rise to $21 or even $22 by next week.

EOS’ current success could be attributed to what financial writer and consultant Charles Bovaird says is an ongoing ICO. In addition, faith is growing in Dan Larimer – the CTO of BlockOne and a leading EOS developer.

IOTA is trading for 2.5, up from $1.90 since our previous article. Bovaird gave his thoughts on IOTA as well, exclaiming that the currency has already risen by roughly 25 percent since May began due to a recent announcement that the IOTA ecosystem is now live. The platform allows visitors to share tutorials, events and other information to assist in the building of decentralized technologies.

In addition, Cryptocurrency exchange Cobinhood has announced that it will proceed with IOTA trading beginning on May 4.

The total cryptocurrency market cap presently sits at $454 billion, up from $428 billion just yesterday. With a near $30 billion gain, mainstream acceptance appears to be growing, though investors should always remain clear that the market is still volatile and largely unregulated. Thus, they should only invest in cryptocurrencies granted they are willing to lose funds without notice.