Stellar Lumens April Update: Adoption and Partnerships, Up 76% Over Past Month Jonnie Emsley · 5 years ago · 4 min read
This article is more than 2 years old...
News › Analysis

Stellar Lumens April Update: Adoption and Partnerships, Up 76% Over Past Month

Having rocketed into the top 10 coins late last year with its lightning-fast transactions and charitable proposition, Stellar Lumens seems to be firmly on the path to recovery after a severe correction in Q1 2018. 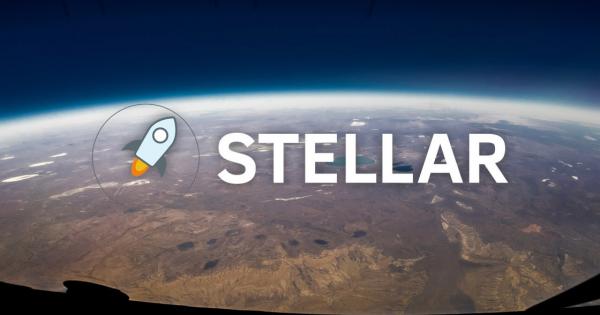 Photo by Richard Gatley on Unsplash

Having rocketed into the top 10 coins late last year with its lightning-fast transactions and charitable proposition, Stellar Lumens seems to be firmly on the path to recovery after a severe correction in Q1 2018.

While sitting in a respectable 8th position by market cap, March’s dystopia saw bone-shaking losses for the coin, XLM being one of the greatest victims of the bear market.

Picking itself off the canvas, Stellar “future of banking” Lumens appears to not only be unharmed — but stronger than ever — firing off a powerful combination with a series of adoption-boosting announcements.

All unicorn cryptos are green for the week except $ONT & $BNB slighly red (besides $USDT of course).

Spurred on by its integration in MobileCoin, Stellar has led the market recovery with a sustained bullish turn — with April 27’s 16% increase enough to seat it as the best performer amongst the top 25.

What is Stellar Lumens?

First and foremost, Stellar Lumens is a payment platform bent on disrupting cross-border capital flows between financial institutions — offering a cheaper, faster alternative to the decades-old infrastructure of banks.

Ironically, Stellar’s founder Jed McCaleb had a key hand in creating project’s biggest adversary — having co-founded Ripple in 2012 — going on to fork Stellar from the Ripple protocol in 2014.

Where Ripple is developed more fundamentally around a centralized architecture, Stellar opts for a diplomatic hybrid of decentralization and centralization — offering the perks of blockchain to the world’s present-day financial systems.

While this ambiguity has landed Stellar a few lashings of criticism, it is advantageous for its developing market-focus;  zeroing in with precision on money remittances and loaning for the unbanked.

When it comes to cross-border transfers, Stellar offers banks groundbreaking levels of liquidity and speed  — enabled by simultaneous validation between parties. Instead of acting as a lone cryptocurrency serving the transfer of value, Stellar permits users to transmit fiat across the globe in seconds at negligible cost.

MobileCoin flicked on the afterburners for Stellar after selecting the XLM consensus protocol for their upcoming mobile payments cryptocurrency — its grand vision bound to lend Stellar an inordinate dose of success by proxy.

Backed by investment heavyweights such as Binance Labs, MobileCoin breezily raised $30 million for its privacy coin, aiming to be used for payment within the world’s most prolific mobile messaging apps. Despite not utilizing the Stellar network for their ICO, MobileCoin’s sizable project will have profoundly positive implications for XLM.

As MobileCoin gains traction,  Stellar will assumingly act as the bridge for converting fiat to and from MobileCoin’s native token.

Despite the electric chemistry, Stellar is not bound to monogamy with MobileCoin — a number of suitors have been queuing round the block for a taste of Stellar’s blazing speeds and negligible fees.

For example, the Kin Token (KIN) announced it was going to use the Stellar network alongside the Ethereum blockchain to facilitate faster transactions. The Kin development team noted:

The addition of Stellar as a second blockchain will allow us to operate the Kin Ecosystem on a faster, more efficient foundation, with low transaction fees — which is necessary for us to achieve the speed and scalability that digital services in the ecosystem will require.

Next, there’s AnclaX, who has just proclaimed status as one of Stellar’s ‘anchors’ — allowing Colombian nationals to transfer the Colombian Peso across borders via XLM.

AnclaX markets itself as an anchor for Stellar Lumens (XLM) and Columbian Pesos (COP)https://t.co/7iEmostSBk

As if Stellar’s schedule was looking empty, the global fintech software provider Novatti Group is looking for a long-term relationship — integrating XLM support for its proprietary payments platform. The Novatti Chief Executive noted:

We are focused on leveraging our strong relationship with Stellar to securing additional agreements with its partner network to drive high growth revenue streams in the payments and billing space, driven by growing transactions processing.

Final Thoughts on XLM in April

Through its mission to move money across borders quickly, Stellar’s evident utility is a fiat-enabler, as opposed to a fiat-destroyer. As Stellar sails in this direction, one might wonder hows its future viability as a blockchain for utility tokens affects its future price and performance. As with most things in crypto, nothing is guaranteed, but it will certainly be interesting to see what exciting dApps are built on the Stellar blockchain moving forward.