Ahead of Bitcoin’s upcoming halving on May 12, the cryptocurrency market is seeing a resurgence of sorts as most digital assets returned over 50 percent to investors through April. 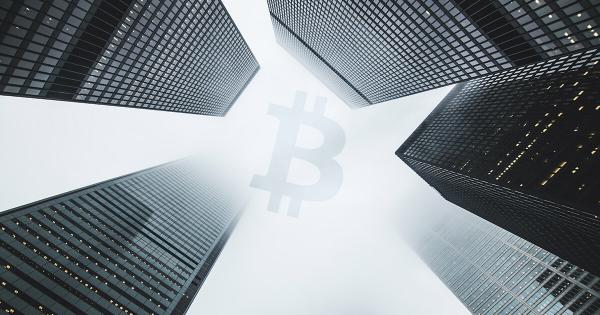 Ahead of Bitcoin’s upcoming halving on May 12, the cryptocurrency market is seeing a resurgence of sorts as most digital assets returned over 50 percent to investors through April.

While popular sentiment expects a price surge after May 12, reports from OTC desks suggest investors have begun taking profits.

Spoke to a couple of OTC desks and heard that there were record amounts of BTC being sold at above 9K. I sympathise the plebs that leverage longed above 9k today.#BTC

OTC desks account for hundreds of millions in trade volumes per month, providing investors with top-notch trade execution and avoiding the dislocation of asset prices due to huge orders. Generally, the desks charge an upfront premium but execute all trades at a fixed price.

Dedicated OTC desks include Hong Kong’s OSL and Singapore’s Grasshopper, but several exchanges, such as Bitfinex, Binance, and Huobi, operate their own institutional desks.

In April 2018, Bloomberg suggested $250 million to $30 billion in OTC trade volumes during Asian hours that month. Most sales were attributed to Chinese Bitcoin miners, who presumably unloaded massive amounts of cryptocurrencies to cover costs and realize profits.

The $9,000 figure is largely considered a “psychological” market barrier by industry proponents.  Several technical analysts, as noted earlier, expected a drop in short-term Bitcoin prices much before the OTC report.

For investors with hundreds of millions, Bitcoin’s price surge to $9,000 from sub-$7,000 per token represents an approximate 30 percent gain — a figure that outperforms investments in all other asset classes in 2020.

While the $9,000 level may have been a predefined exit, trade fundaments have turned bearish on Bitcoin. The currency is well above its 50-day SMA, the popular RSI indicator suggests an “overbought” market.

While the market dropped over 6 percent since his tweet, the pre-halving bullish sentiment remains relevant as ever and retail investors must closely track prices instead of basing their moves on other traders.