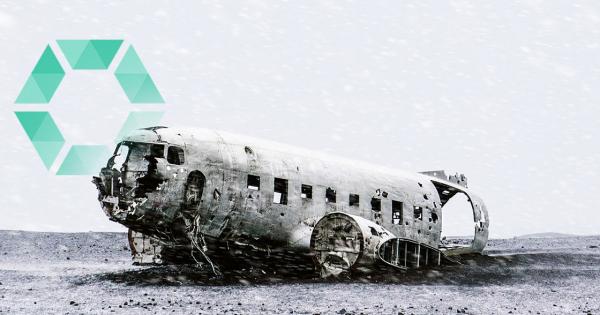 Cobinhood, a well-known Taiwanese cryptocurrency exchange, allegedly pulled an exit scam after filing for bankruptcy. The exchange’s associated company DEXON Foundation, and its DXN token, raised $3.5 million last month. The company is currently in the process of laying off employees and restructuring.

Niche exchanges have long been hotspots for malicious trading and business practices, and it seems that Cobinhood is no exception. The Taiwanese crypto exchange is known for its wide array of coins. That said, analysts assert that a large number of listings can be an indicator of limited regulation and lackluster due diligence.

Cobinhood reportedly filed for bankruptcy today and appointed a liquidator tasked with laying off its staff. While the company first mentioned layoffs months ago, it was always talked about in the context of “increasing efficiency.” It seems Cobinhood’s restructuring plans turned out to be much more intense than the company led its investors to believe.

While companies in the crypto industry go bankrupt all the time, Cobinhood’s timing forced many to believe that the exchange was facilitating an exit scam. The news shocked both investors and analysts, since the company just successfully completed the Dexon ICO last month, raising $3.5 million.

All of the tokens sold in Dexon’s ICO were scheduled to be unlocked on May 20, when investors would gain access to their funds. However, come May 20 and investors have still not received the tokens they purchased through the ICO.

The DXN trading chart showed that a large number of tokens were dumped, with the price falling by over 85 percent in just a few hours.

And while DXN managed to rebound after the massive dip, it saw almost 60 percent of its value wiped out. The news also affected the price of Cobinhood’s native coin (COB), which suffered a 50 percent loss.

Company’s founder Wei-Ning Huang commented on DEXON Telegram group saying that while the Taiwanese company is being restructured everything should be working as usual. He also told the community that they did not dump any foundation owned tokens, addressing claims that Cobinhood dumped its own token.

There is still no official information for when Cobinhood will be closing its doors, with the exchange still handling a daily trading volume of just under $1 million. However, there are still conflicting claims around the exchange’s bankruptcy filing.

The company announced the news of bankruptcy last week but has maintained that it wouldn’t impact Cobinhood’s day-to-day operations. Yet, the evidence suggests operations have been impacted. Until more information is available it will be difficult to determine whether the interruptions stem from negligence, mere bankruptcy pains, or worse.