Crypto and Blockchain Get a Celebrity-Sized Boost

Blockchain technology and celebrities have always had a unique relationship. 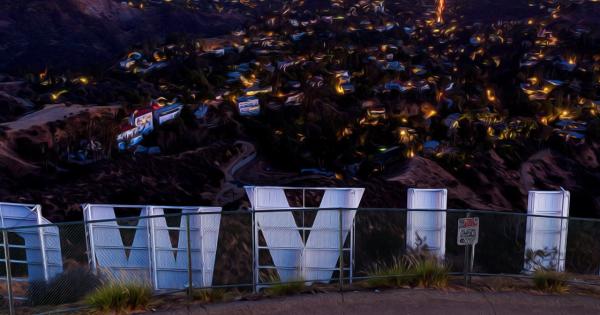 Blockchain technology and celebrities have always had a unique relationship. Some, like 50 Cent, let fans buy their music using bitcoin as far back as 2014, only to forget about it later. In 50’s case, the fortune had grown from about $462,000 to $8 million by January 2018.

Others like Katy Perry have endorsed crypto in a more artistic way. In a recent Instagram post, Perry showed her nails painted with the logos for several prominent cryptocurrencies, including Bitcoin and Ethereum. About five months earlier, Floyd Mayweather referred to himself as “Floyd Crypto Mayweather” on Instagram after endorsing several ICOs like Stox.com and the Hubii Network.

While fans and crypto enthusiasts may enjoy these promotions, the U.S. Securities and Exchange Commission does not. In November 2017, they released a statement urging investors to be wary of celebrity-endorsed ICOs and blockchain projects. The SEC reminded investors that

“[Public endorsements] may be unlawful if they do not disclose the nature, source, and amount of any compensation paid, directly or indirectly, by the company in exchange for the endorsement.”

“Investment decisions should not be based solely on an endorsement by a promoter or other individual… If you are relying on a particular endorsement or recommendation, learn more regarding the relationship between the promoter and the company and consider whether the recommendation is truly independent or a paid promotion.”

Yet despite the SEC’s stern admonishment, not all crypto-celebrity partnerships are bad. In fact, some involve participation in a blockchain platform’s development, rather than an outright endorsement like “Everyone should buy this cryptocurrency.” Canadian speed skater Ted-Jan Bloeman, for example, became the first athlete to be paid in digital money after striking a one-year sponsorship agreement with ONG Social and CEEK VR.

Bloeman will share his incredible Olympic journey on the ONG Social Network, a rapidly growing crypto community. He will also be the focal point of a 360-degree virtual reality experience on CEEK’s blockchain-powered platform. Mary Spio, the VR company’s founder and CEO, said in a statement,

“We believe Virtual Reality isn’t just great for our audience, but will ultimately be used for training and maximizing player performance and potential.”

The 10,000-meter long-track gold medalist is also very excited about the deal, noting in a recent Tweet:

I’m very excited to be the first ever #Crypto Sponsored Athlete. Thanks @CEEK #VirtualReality and @Ong_Social for being at the forefront of technology and this great achievement. Looking forward to a great relationship and the exciting times ahead. pic.twitter.com/mCHbNzkKW8

The partnership with gold medal Olympian Ted-Jan Bloeman is a new step for CEEK, who up to this point has been focused on creating VR concerts for their customers. This development will allow VR to not only provide customers with a fun-filled music experience, but help athletes train using VR-based systems. It also provides a way for young, aspiring Olympians to get a personalized, 360-degree look at what it takes to make it to the top.

One of the advantages of incorporating blockchain technology with VR is that it allows celebrities to mint their own coins on the platform.

Actors, musicians, and professional athletes alike will be able to create custom coins, digital merchandise, and virtual tickets for VR shows and performances. This will remove locational and physical barriers for the millions of fans who cannot attend live events.

In addition, virtual goods will function as tradable assets on blockchain powered marketplaces. Market demand for these items will be influenced by the total supply, dictating the items’ prices and inherent value on the blockchain VR platform. Celebrity-generated benefits, like custom coins and virtual goods, can be created in minutes without having to deal with the regulatory “red tape” of ICOs.

The joint venture of blockchain powered VR and celebrities (whether musical or athletic performers) aims to foster incentives for both celebrities and their fans. Celebrities will be able to reach audiences previously unreachable, while fans will receive a one-of-a-kind VR experience. In addition, blockchain VR will help performers perfect their skills, adding value for all parties involved.