Craig Wright, an Australian computer scientist and self-proclaimed creator of Bitcoin, took to Twitter August 28 to state miners unable to mine 32 MB Bitcoin blocks deserve to “go bankrupt.” ‘Bitcoin Creator’ Speaks Out Needless to say, the broader cryptocurrency community was not amused with Wright’s comments, with some enthusiasts even highlighting that the “Faketoshi” […] 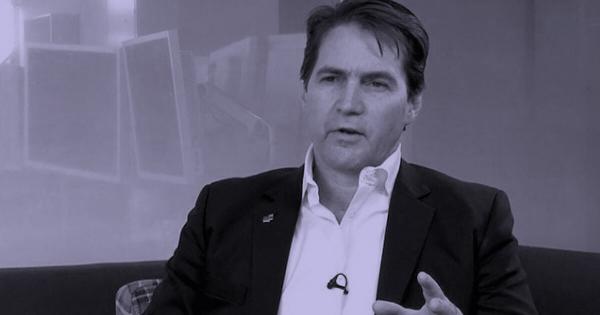 Photo by Christophe Laurenceau on Unsplash

Needless to say, the broader cryptocurrency community was not amused with Wright’s comments, with some enthusiasts even highlighting that the “Faketoshi” got his math wrong.

In his tweet, Wright claimed an antiqued 56 Kbps router was enough to download 32 MB blocks in 10 minutes. He further stated that unsuccessful miners used the scaling issue as an excuse to make up for aged systems.

If a pool cannot mine a minor 32mb block (that a 56k modem could handle) and tries to hobble scaling to subsidise their failure, they deserve to be bankrupt.

This is capitalism. Scaling is happening in #BCH

The Bitcoin Cash advocate also took the chance to mention the prowess of the monopolized and controversial hard fork, stating “scaling is happening in #BCH,” and implying his choice of digital currency solves Bitcoin’s problem.

While initial commenters seemed to agree with Wright, the tweet was soon picked up by enthusiasts with a keen eye for detail, who discovered the “Faketoshi” made one fundamental error in his calculations–he confused bits and bytes–and “overestimated” the computing capacity of a 56K modem.

A comical tweet-war ensued, with several crypto-enthusiasts rattling off their calculations and understanding of the Bitcoin protocol. Personalities like Emin Gun Sirer, a well-known distributed technology researcher and Cornell University professor, joined in the public display of math calculations.

Sirer pointed out Wright’s hypothesis of using a 56k modem would take up to 76 minutes to download a 32Mb block, which indicates a value eight times larger than Wright’s calculation. He took a jab at the self-proclaimed Bitcoin creator later, stating:

A certain someone has strong opinions on protocol parameters. Yet he cannot calculate how long a block will take to download.

Get your popcorn ready, as our guy and his sock puppets try to battle it out with "maths." pic.twitter.com/9rwm6A7Jl8

However, to the dismay of those backing the Cornell professor, Sirer’s calculations also turned out to be faulty.

Twitter users called for a peer review of Sirer’s calculations, and Ripple CTO David Schwartz was quick to step in:

According to Schwartz’s math, a 56K model would take approximately 80 minutes to complete the computation of a 32 MB block.

He added that inherent limitations imposed by the U.S. Federal Communications Commision would cause the time duration to reached precisely 83.94 minutes for a model operating the threshold 53.4 MB capacity.

Too sleepy to check but isn't it ~79 minutes? someone should peer review. 😛

Explaining the confusion, Nick Johnson of Go Ethereum noted that such errors stem from a long-standing myth of 8 bits equaling 1 byte. Meanwhile, Ethereum co-creator Vitalik Buterin weighed in with his own theory:

And I don't care if it's because at some bottom technical level, bits are put into groups of 8 on hard disks but not in internet cables. Those details are only experienced by very small numbers of people, ergo language should not be designed around them.

While “Faketoshi” was bashed for his mistake, it appears that several prominent blockchain personalities boast differing opinions on the subject of bits, bytes and mining blocks.