The rule will require users to provide information of recipients when making transfers to wallets off Coinbase. 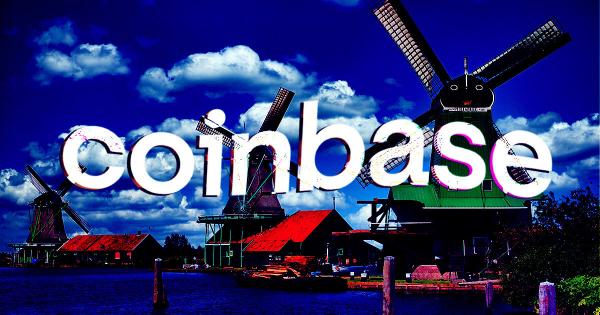 Coinbase announced its Netherlands users would have to comply with KYC rules when making transfers to wallets off Coinbase. It stated that the rule would bring its operations in compliance with local regulations.

The country’s 1977 Sanctions Act requires financial service providers to verify the identities of transacting parties on its platform. The mandatory requirement is, therefore, to ensure AML/CFT in financial transactions.

As a result, users making transfers to wallets off Coinbase will have to provide information about the transaction. This includes the recipient’s full name, the purpose of transfer, and the recipient’s residential address.

It, however, stated that the latest introduction would not affect the usual transactional experience on the platform.

Meanwhile, Coinbase has made similar announcements to abide by local regulations in other countries. In March, the company announced that it would start tracking off-platform transactions executed by users in Canada, Singapore, and Japan.

Regulators in the Netherlands have recently called for increased regulation of the space, with some asking for a total ban.

Pieter Hasekamp, director of the Dutch Bureau for Economic Analysis, made a call for a total ban stating that the country must curb the crypto hype. He claimed that the use of cryptocurrency constitutes security concerns, fraud risks, and scams.

He expressed similar concerns about crypto markets’ transparency and susceptibility to manipulation and other criminal activity.

However, pending the implementation of the EU law, Markets in Crypto Assets Regulation (MiCA), the AFM doesn’t have powers over the crypto markets.

Europe is increasing its regulatory pace.

The tripartite of the European Commission, the European Parliament, and the 27 member states constitute the bodies negotiating the MiCA. According to a report by Bloomberg, the negotiators recently met in June and are expected to meet again by  June 30 to get the rule ready in time for France’s six-month rotation in the presidency.

The European Commissioner Mairead McGuiness has also called for hastened negotiation and compromise on the rules. She stated that the TerraUST crash and Russia’s alleged use of crypto assets to evade sanctions have made the rules more urgent.

Likewise, Verena Ross, the head of the European Securities and Markets Authority, made a similar call in May. She appealed for the quick completion of the crypto rules, which she said she was waiting for “with great impatience.”