Despite its ban on cryptocurrency, China is now publishing a monthly blockchain index China’s Center for Industry Information Development (CCID) has published a May 17 report ranking 28 prominent blockchains, with the Ethereum “World Supercomputer” taking first place and Steem a close second. 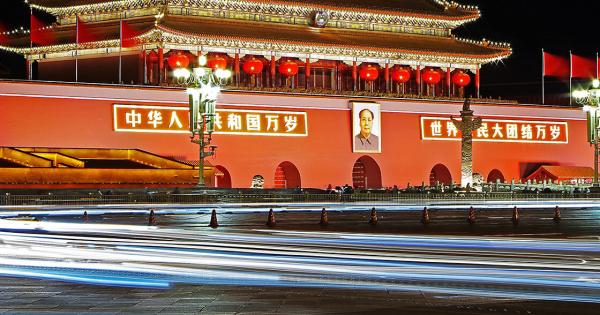 Photo by wu yi on Unsplash

Despite its ban on cryptocurrency, China is now publishing a monthly blockchain index.

Blockchains are indexed on the basis of three criteria: technology, application and innovation — CCID did not divulge its methodology, other than the following for basic consideration (translated from the Chinese report):

“First, it has its own independent main chain; Second, the public chain node can be freely created; Third, it has an open block browser, block information can be consulted; Fourth, code open source; The fifth is to have a project home page, the project team can contact.”

Ethereum’s 80.3 score, for example, was outmuscled technologically by Steem’s 82.6, yet had the overall edge.

Bitcoin did not stack up so favorably in the eyes of the CCID. While its 88.1 overall score landed it in a belated 13 place next to Verge, the report did pay homage to the original blockchain’s legacy — its “innovation” score topping all.

Obviously, with Bitcoin in thirteenth place, not everyone had confidence in the rating organization’s understanding of blockchain.

China ranks Ethereum as the #1 blockchain. Bitcoin is ranked at #13, same as Verge.

But when an organization says bitcoin is in the same ranking as Verge, you know its highly incompetent.

CCID’s top five seemed to place a big bet on smart contract platforms — with Lisk, China’s own NEO and Komodo in third, fourth and fifth places respectively. Given China’s interest in the vision of NEO’s “Smart Economy”— which revolves around the usage of smart contracts — such a composition is unsurprising. NEO’s winning application index may be seen as proof of Chinese faith in the project.

Steem in second place, however, could certainly be considered a wildcard. Steem’s content creation and curation platform does not offer the functionality of other contenders — such as dApp support — not to mention its decentralized censorship resistance being at odds with the Chinese government’s notoriously strict stance on freedom of speech.

The report’s inclusion of privacy coins may further raise eyebrows, with Monero and Verge in 9th and 14th places respectively. These cryptocurrencies have ruffled feathers in the regulatory world, with Japan — one of the world’s cryptocurrency trading hubs — reportedly pressuring exchanges to drop privacy coins in an attempt to disable their usage for criminal activity.

All question of the report’s findings aside, China’s move is a clear statement of intent. While China may be seen as being anti-cryptocurrency — having banned ICOs, closed domestic exchanges and blocked cryptocurrency-related sites — the government’s investment into such the monthly report may be considered a staunchly pro-blockchain move.