Pharos, listed as Celsius's biggest creditor with an $81 million claim, is an opaque company with close ties to Alameda Research. 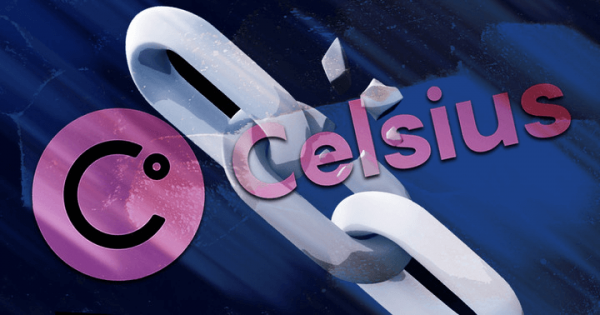 Celsius’s Chapter 11 bankruptcy claim revealed that the company had over 100,000 creditors and it was working on a restructuring deal that would see most of them paid off.

Among the creditors, which include various high-profile crypto companies and funds, one entity stands out — Pharos USD Fund SP.

Pharos is an outlier in an otherwise uneventful list of creditors, as a recent report from Bloomberg News uncovered its opaque history and suspiciously close ties to Alameda Research.

Celsius’ largest creditor too close to Alameda Research for comfort

What makes Pharos stand out among more than 100,000 entities is the fact that it has a claim six times as large as that of the second biggest creditor identified by name. Celsius’s Chapter 11 filing shows that it owes Pharos $81 million, while it owes $13.3 million to ICB Solutions, the second largest creditor on the list.

Finding relevant information about Pharos turned out to be extremely hard, even for Bloomberg. The Chapter 11 filing lists a Cayman Islands address for Pharos and an email address with a Lanter Ventures domain.

While a search for Pharos does not yield any results, searching for Lantern Ventures leads do a bare-bones website describing it as a proprietary crypto trading firm based in London. An SEC filing from April 2022 lists Pharos as its affiliate, but neither Lantern’s LinkedIn page nor its website mentions the company.

The same SEC filing shows that Lantern has around $400 million in assets under management, more than half of which is owned by investors outside the U.S.

Diving deeper into Lantern’s employees revealed that the company has deep ties to Alameda Research and Sam Bankman-Fried, both of whom are also major creditors of Celsius.

Bloomberg discovered that Lantern’s CEO Tara Mac Aulay is a co-founder of Alameda Research. Mac Aulay reportedly revealed her involvement with Alameda during a panel at a conference in London in November 2021. She also worked at the Centre for Effective Altruism, a U.K. charity where Sam Bankman-Fried served as a director of development.

Mac Aulay’s LinkedIn page does not mention her former role at Alameda, but a spokesperson at the company confirmed to Bloomberg that she was an early employee there. Alameda noted that it had no relationship with Lantern Ventures.

However, at least three other Lantern employees either worked for the charity or its affiliate Giving What We Can, where Sam Bankman-Fried is listed as a member.

According to the Chapter 11 filing, Celsius owes Alameda $12.8 million. The company turned down a bailout request from Celsius and is seeking full repayment from the lender.