Bitcoin for payments is becoming a thing as more payment providers join the Lightning Network. 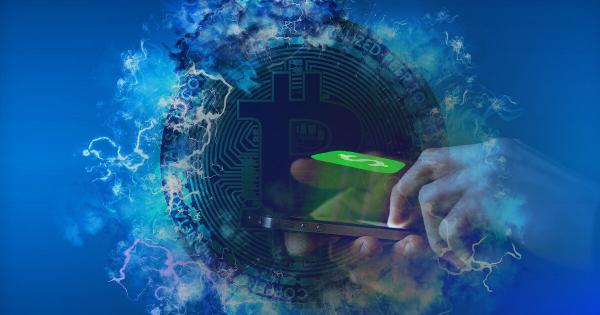 Bitcoin has been available on Cash App since late 2017. But the mobile payment provider is set to roll out the Lightning Network to its millions of users.

The leading cryptocurrency is often accused of being a dinosaur and incapable of handling the technical demands of a high throughput payment network. That being so, critics argue its primary use case, as a store of value, makes it a one-dimensional offering.

As a layer-2 solution, the Lightning Network goes some way to addressing these concerns. And as more providers come on board, Bitcoin is increasingly being seen as a payment system.

What is the Bitcoin Lightning Network?

From a payments standpoint, Bitcoin falls well short of the mark having a five transactions per second (TPS) throughput and an average transaction fee of $1.79.

In fairness, $1.79 is relatively low compared to April 2021 highs, when it cost on average $62.78 to transact. Nonetheless, anything above a few cents to transact is unworkable as a mass-adopted payment solution.

Enter the Lightning Network, which brings high scalability and low transaction cost via its layer-2 solution.

It works by taking transactions off the main chain into peer-to-peer “payment channels” between two parties, such as a buyer and a coffee shop. Once the channel is established, an unlimited number of transactions can go through the channel instantly.

The payer must lock Bitcoin into the network to open a payment channel. Once locked, the recipient can invoice amounts according to the cost of goods and services sold.

Fees derive from a combination of routing charges for routing payment information between Lightning Nodes and Bitcoin’s transaction fees to open and close channels. But these are still significantly less than direct main chain transactions.

The total USD value locked (TVL) in the Lightning Network hit a high of $216 million in November 2021. Since then, TVL has decreased significantly, coming in at $140 million today.

This, of course, ties in with $ BTC’s falling USD price, as evidenced by the amount of Bitcoin locked (currently 3.338k) peaking and holding steady throughout the downturn period since November 2021.

A significant portion of 2021’s surge is likely due to El Salvador’s Lightning Network-based Chivo Wallet coming online in September 2021.

In a sign of growing adoption, Cash App is set to offer its users access to the Lightning Network.

What’s more, with Cash App increasing its number of monthly active users by more than ten since 2016, Bitcoin usage stands to benefit immensely. Unfortunately, Cash App is currently available to U.S and U.K users only.

Argentina-based Belo App announced on Monday it is partnering with infrastructure providers OpenNode to offer its users access to the Lightning Network.

“We’re incredibly excited about OpenNode’s integration with the Belo App, as this means millions of people in Latin America will have the ability to transact instantly in bitcoin, furthering adoption in a region where bitcoin growth is exploding.”

Thanks to the Lightning Network, Bitcoin, as a viable payment solution, is set to expand as more payment providers recognize the trend.