The Cardano Foundation is about to launch an ADA payment gateway thanks to a partnership with COTI, an enterprise-grade fintech platform. 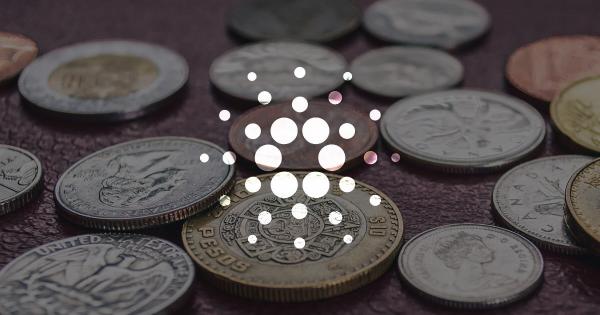 The Cardano Foundation is about to launch an ADA payment gateway thanks to a partnership with COTI, an enterprise-grade fintech platform. According to the company’s blog post, the gateway will allow merchants across the world to accept payments in ADA, as it will enable instant settlement into 35 different fiat currencies.

Fiat gateway for ADA to launch in November

Merchants across the world will be able to accept and process payments in ADA, thanks to a deal the Cardano Foundation signed with COTI.

The foundation, which is tasked with developing real-world use cases for Cardano, announced the deal in an Oct. 23 blog post, saying that the offering will be launched in November.

The payment processing platform will be built by COTI, a fintech platform offering enterprise solutions. The platform is built on its own directed acyclic graph chain (DAG), which means that the system doesn’t store data in blocks as traditional blockchains do, but adds transactions directly to the blockchain.

The first step towards a universal payment solution

As COTI’s platform supports “extreme scalability and low transaction costs,” the Cardano Foundation believes it could become an all-in-one payment solution for merchants.

Shahaf Bar-Geffen, the CEO of COTI, commented on the partnership, saying:

“The future is looking more promising for payments.”

According to the Cardano Foundation, the ADA payment gateway will be powered by COTI’s Universal Payment Solution (UPI). This, the company said, will extend the utility of the token both inside and outside of the Cardano ecosystem.

Merchants will be able to easily integrate Cardano and COTI’s payment solution to their website using either an adaPay button or a QR-based point-of-sale (PoS) system. The solution will reportedly enable “near-instant” settlement into 35 different fiat currencies that will be deposited directly into the merchants’ bank accounts.

The partnership is the latest achievement by Cardano, which has had an incredibly successful few months. Known for its slow development, the company picked up the pace and launched a testnet for the Shelley era of the Cardano blockchain, partnered with New Balance to create an anti-counterfeiting blockchain solution, and is set to launch several new pilot projects in the following weeks.