Smart contracts are edging nearer for Cardano, but developers IOG need to get the dapp situation right if it's to successfully compete with Ethereum. 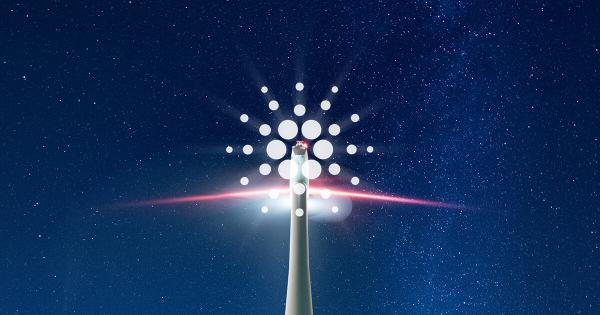 Of interest were his comments on the additional support for dapp developers as ‘Alonzo’ races to the finish line.

Things look set for an August release date. At which time, Cardano will finally get to compete with Ethereum on a level footing. The question is, does Cardano have enough to overcome Ethereum’s significant network effect?

Critics often cite Cardano’s lack of smart contract functionality as the reason why Ethereum is superior.

Hoskinson has previously addressed this point by likening the criticism to asking why no one is attending a nightclub that has yet to open.

A key component to taking on Ethereum is decentralized applications (dApps). After all, what use is smart contract functionality if there are no applications for people to use?

This is a point noted by Hoskinson, who expressed a desire to get Cardano dapp ready as soon as Alonzo rolls out. Speaking on his latest live stream, the IOG boss said:

“Alonzo is Alonzo because of you guys, not because of us. It’s a generic smart contract framework and really it’s defined by the applications that are constructed.”

With that in mind, Hoskinson said IOG would divert additional resources to help dapp developers get their projects to “a ship-ready state” in time for Alonzo’s rollout.

“Over the next 90 days, we’re extremely interested in making sure that those who have viable projects, or the potential for viable projects, aren’t just left to die on the vine. But rather get the support that they need so that they can take those projects to the next level,” he said.

In July 2020, Hoskinson predicted that July 2021 would see thousands of dapps running on Cardano.

This time next year I predict there will be hundreds of assets running on Cardano, thousands of DApps, tons of interesting projects and lots of unique use and utility. 2021 is going to be so much fun watching Cardano grow and evolve. The community is definitely ready to innovate

As far as what dapps the community can expect, Hoskinson has already mentioned that Cardano ‘Catalyst’ shows NFT marketplaces, stablecoins, oracles, and DEXes are all in the works.

Catalyst is a community-driven project that funds proposals as voted for by users and paid for through a treasury tax on staking rewards.

But whether Cardano can make a dent in Ethereum is for the market to decide.