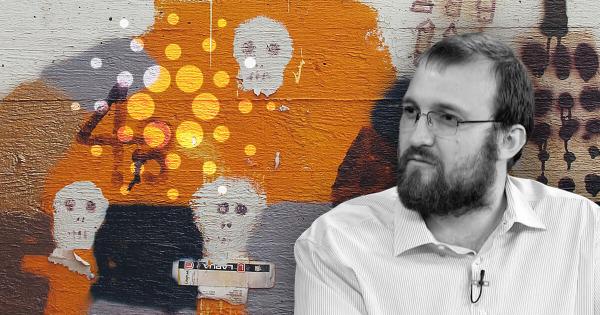 In a tweet today, IOHK CEO Charles Hoskinson fired back in response to claims by David Hoffman that Cardano is a “scam.” He said extreme baseless views are a factor in crypto’s less than stellar reputation among no-coiners.

“It’s extraordinary. Every day so many of these Podcasters feel comfortable calling Cardano a “blatant scam”. It’s one thing to say you’re skeptical. It’s another to call us criminals. This is crypto in 2021. Figure out why so many people want nothing to do with it,” he tweeted.

It's extraordinary. Every day so many of these Podcasters feel comfortable calling cardano a "blatant scam". It's one thing to say you're skeptical. It's another to call us criminals. This is crypto in 2021. Figure out why so many people want nothing to do with it? https://t.co/pawS4YVjwG

More than that, Hoffman’s words have rekindled the rivalry between Cardano and Ethereum, with Cardano seemingly ahead in terms of launching a finished Proof-of-Stake smart contract platform. So, is there any merit to Hoffman’s view?

Cardano has no smart contracts, yet

Speaking to Scott Melker, AKA the Wolf of All Streets, Hoffman made the bull case for Ethereum by updating viewers with significant events, including his thoughts on the divisive Ethereum Improvement Proposal (EIP) 1559.

EIP 1559 proposes to improve wallet UX by implementing a more predictable and stable gas fee mechanism. It also features a deflationary element that will burn base fees rather than pay out to miners. Some miners oppose this as they will likely see a cut in revenue.

When it came to the issue of “Ethereum-killers,” Hoffman was quick to dismiss any notion that Cardano is a worthy contender. He said:

Hoffman did praise Polkadot, another platform that some call an “Ethereum-killer,” saying it’s a viable alternative but only because it doesn’t have the fake marketing employed by Cardano. He also took the opportunity to slight Ripple by insinuating the firm also uses unethical techniques.

In a live-stream hosted by Hoskinson a month ago, the IOG boss addressed criticisms of Cardano’s lack of dapps. He likened such comments to people asking, “where are the nightclub punters?” when the nightclub is still being built.

“Yet they say, what are the dapps running on Cardano? That’s like saying you’re opening a nightclub, you haven’t opened it yet, and you say, ‘how come no-one’s in your nightclub?’ It’s like, we’re still building it.”

He added that NFT marketplaces, stablecoin offerings, oracles, and DEXes are all on the way. But not until the Alonzo stage rolls out. The latest update puts an August release for this.