Cardano (ADA) – like all other digital assets – saw a notable decline yesterday that came about in tandem with Bitcoin’s plunge from highs of $12,000 to lows of under $11,000. 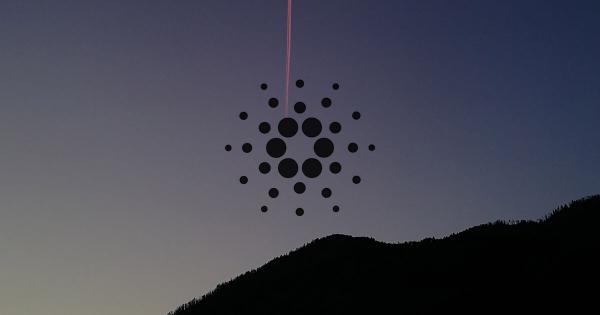 Cardano (ADA) – like all other digital assets – saw a notable decline yesterday that came about in tandem with Bitcoin’s plunge from highs of $12,000 to lows of under $11,000.

ADA has been able to find strong support at $0.13, however, and bulls have defended this level on multiple occasions throughout the past day.

Despite not establishing any overtly bearish technical formations, some investors are concerned about the Cardano blockchain’s somewhat low transaction volume.

One analyst is noting that a comparison to other chains with similar volume suggests that its current market capitalization could be twice as large as it should be fairly valued at.

That being said, the recent Shelley mainnet upgrade could be a factor that solves this problem and helps increase both the utility and the utilization of the blockchain.

Cardano plunges alongside the crypto market but finds strong support at $0.13

At the time of writing, Cardano’s price is trading down just under seven percent at its current price of $0.135.

This marks a notable decline from daily highs od $0.148 that were set at the peak of its recent rally.

ADA has been closely tracking the price action seen by Ethereum and Bitcoin over the past several days, which is what made it prone to seeing the sharp decline overnight.

Cardano has since been able to find strong support around $0.13, with it posting multiple strong reactions to this price level throughout the past day.

ADA’s low transaction volume a concern to some investors

While referencing one investor’s comments regarding Cardano only seeing one transaction every ten seconds, Kelvin Koh – an ex-partner at Goldman Sachs who posts under the name “SpartanBlack” – explained that he believes ADA overvalued.

He notes that its current $4 billion market cap could be cut in half while still being “generous” – given its lack of current use.

“Cardano’s valuation (liquid market cap) makes absolutely zero sense at $4.4 B. A $2 B market cap ballpark for ADA is being generous in the current market.”

Koh further points to the valuations of its closest competitors as an anchor point for its fair valuation, which range between $1 billion and $2.9 billion. 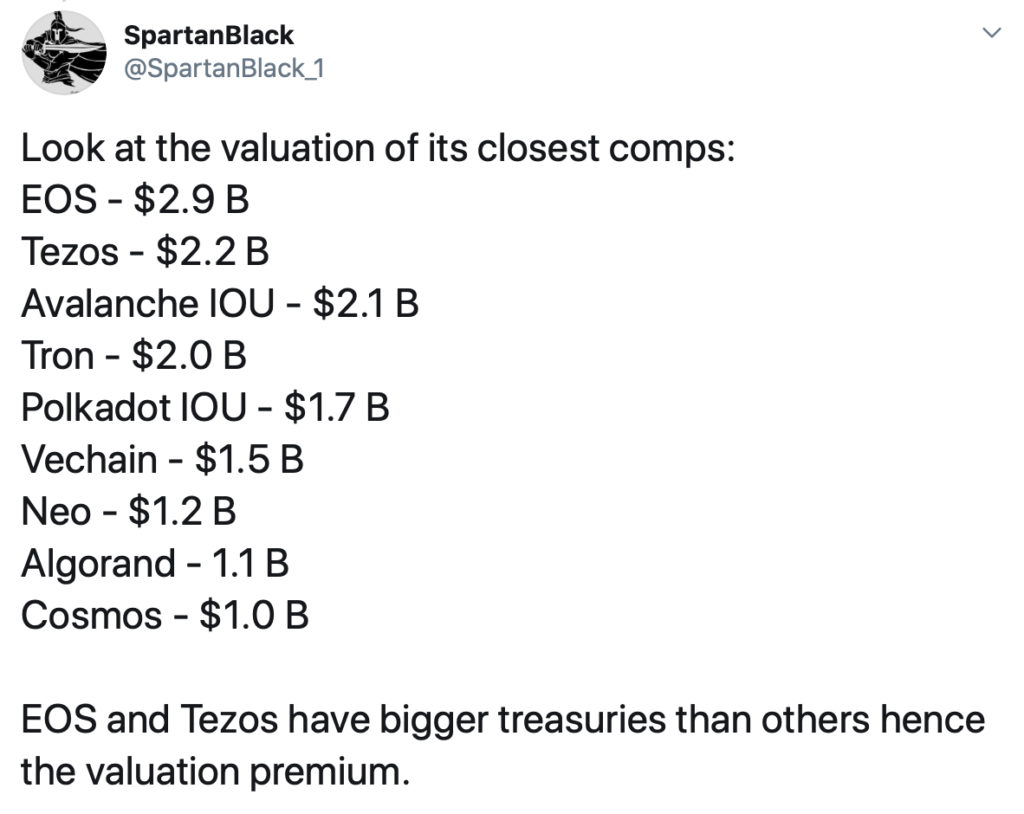 ADA undoubtedly has a stronger community and investor base than these other tokens, which is part of the reason why its value is higher.

Investors may also be betting on the possibility that it will soon see a massive influx of utility following the release of the Shelley mainnet upgrade.

CryptoSlate recently reported that Charles Hoskinson – the CEO of Cardano parent company IOHK – explained that he anticipates “hundreds of assets” to be running on the blockchain in the coming 12 months.

“This time next year I predict there will be hundreds of assets running on Cardano, thousands of DApps, tons of interesting projects and lots of unique use and utility…”

It appears that the general crypto market concurs with this belief – hence why it is being valued at a far higher rate than its competitors.